VENUS is about to shine at its brightest and you won’t need any equipment to witness it.

The brightest planet in our Solar System will be shining bright on July 8. 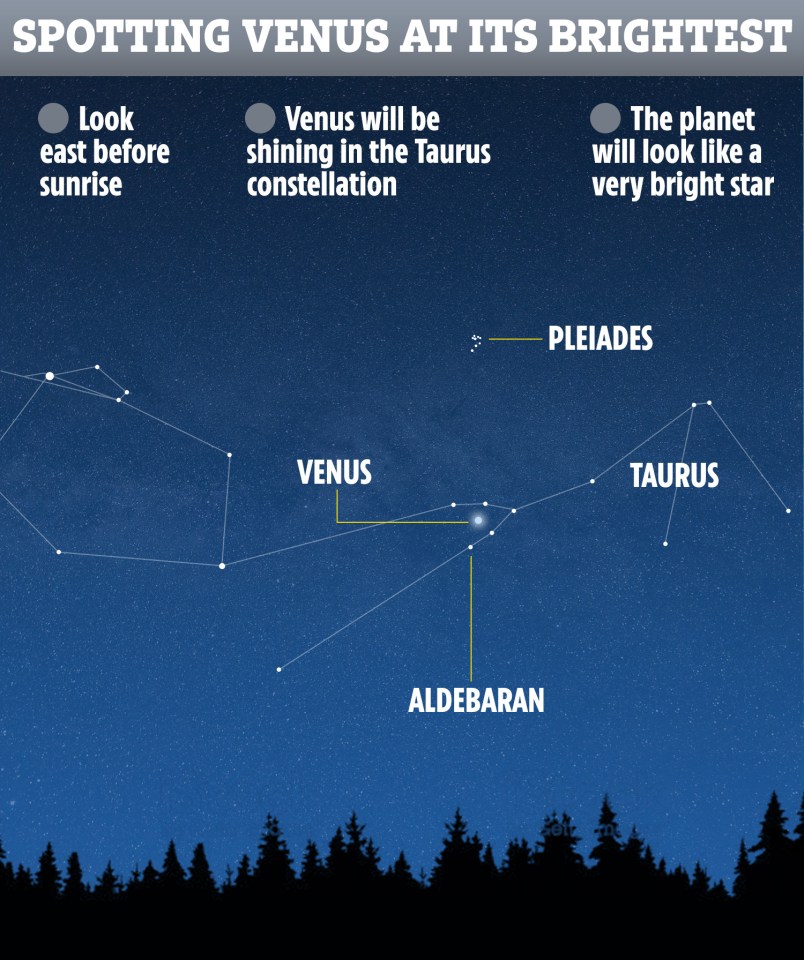 You’ll need to look to the sky just before sunrise if you want to catch a glimpse for yourself.

Look east and towards the head of the Taurus constellation.

Venus will be located near the star called Aldebaran, also known as ‘the eye of the bull’.

There are plenty of smartphone apps you can download that scan the sky and pick out constellations for you.

Venus can be seen here travelling across the Sun[/caption]

Planet Venus is currently at the stage in its orbit where it’s known as the Morning Star because we can’t see it until morning.

When Venus is visible you’ll find it near the horizon.

Venus is the third brightest object in the sky after the Sun and the Moon and can be so bright that it gets mistaken for a UFO.

The planet will be rising at around 2:50am with great visibility until sunrise at around 5am.

Don’t worry if you miss it on Wednesday morning though.

Venus will still be looking extremely bright before sunrise for the rest of the week.

In other news, Nasa has shared an image of rare ‘red sprite’ lightning that looks scarily similar to an alien invasion.