JUPITER and Saturn are the planets to watch this weekend as they’ll form a bright triangle with the Full Moon.

The Moon will also be coming into conjunction with both planets, meaning they’ll all look bright and close together. 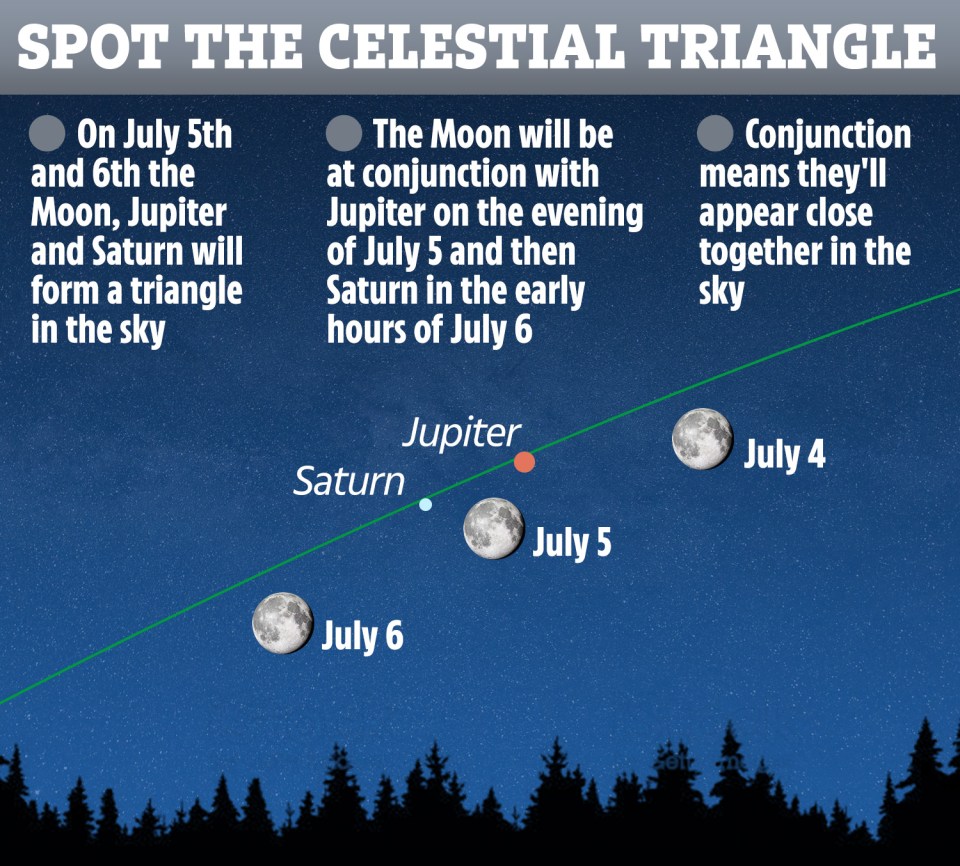