STAR Trek-style holograms which can be touched and interacted with have been developed by UK scientists.

The tech allows you to “feel” solid-seeming simulations of people, objects and places, like the “holodeck” from the sci-fi favourite.

The technology uses ‘aerophatics’ to give the feeling of touch[/caption]

Eventually it could allow people to be “beamed” to faraway places without leaving home, lead to immersive virtual games, and allow doctors to operate remotely.

Experts developed a technique called “aerohaptics” which uses jets of air to create the sensation of touch.

The jets track hand moment. Feedback is modulated based on the virtual surface of the object.

In their study, the team projected a virtual basketball which could be “touched” and bounced.

Prof Ravinder Dahiya at Glasgow University said: “Aerohaptics could form the basis for many new applications such as creating convincing interactive 3D renderings of real people.

“We’re already looking into adding temperature control to the airflow to deepen the sensation of interacting with hot or cool objects.”


I’m constantly trolled for my tattoos, but there’s only one I regret 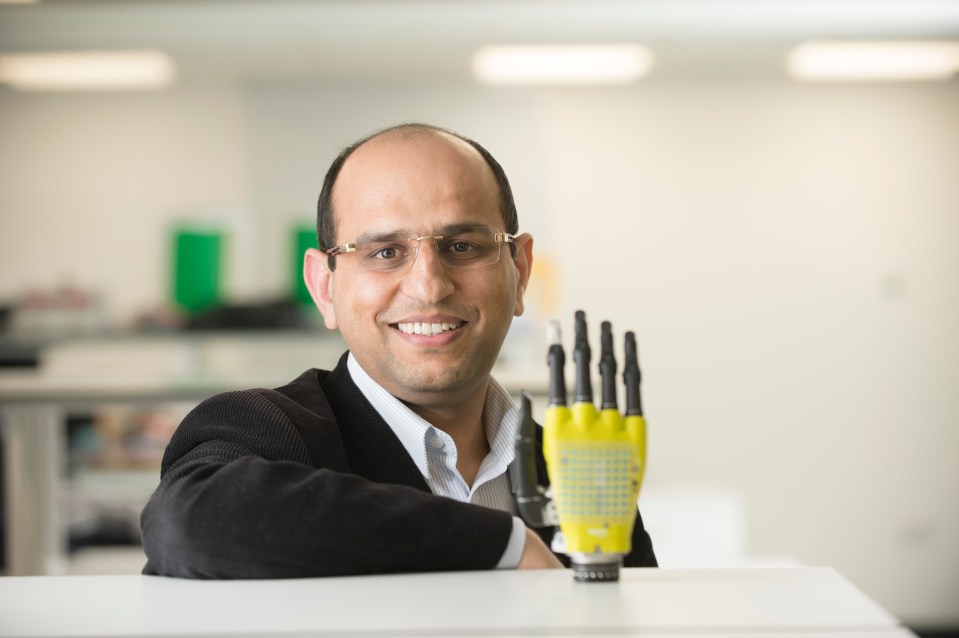 Scientists urged to get on with ro...