A SPACE startup company is planning to launch tourists way up into Earth’s atmosphere in a giant balloon.

This trip to the stratosphere would give lucky guests spectacular views of the planet and the curvature of the Earth.

The journey would provide spectacular views[/caption]

The flights intend to launch from Florida[/caption]

Space Perspective is the company behind the out of this world travel plans.

It recently announced the development of its ‘Spaceship Neptune’, a flying space balloon that carries a pod.

This pod aims to hold nine people, a minibar, a toilet and plenty of large windows.

The aim is for the giant balloon to fly tourists 10,000 feet into the stratosphere in a pressurised capsule.

The ascent will be two hours[/caption]

The pod will have a minibar[/caption]

Lots of windows will help tourists see the view[/caption]

The trip would involve a two hour ascent.

Once there, the plan is to hover over the Atlantic Ocean for two hours and then there’s a two hour trip back down.

Unmanned test flights are expected to begin in 2021.

If all goes well, tickets could be sold as early as 2024.

It technically won’t count as being in space[/caption]

Space Perspective was founded by Jane Poynter and Taber McCallum.

Their website states: “For the first time, we can make the thrill of spaceflight accessible to you, our Explorers, in a safe, comfortable manner with minimal physical requirements and as simple as boarding an airplane.

The ticket price will be expensive[/caption]

“Our pressurized capsule affords a shirt-sleeves environment, and comes with a refreshments bar and lavatory, of course.”

The nine people onboard will include a pilot.

The aim by the end of the decade is to have 500 of these missions taking off from Kennedy Space Center in Cape Canaveral, Florida, each year.

Tourists could take selfies with the curvature of the Earth[/caption]

What is the stratosphere?

The stratosphere is the middle level of the Earth’s atmosphere.

Within it is the very important ozone layer that helps to protect us from radiation from the Sun.

The stratosphere is 22 miles thick and gets hotter the higher up you go.

It doesn’t count as outer space and falls around 100,000 feet short.

However, you can still see the curvature of the Earth at this level.

In other space news, a huge asteroid is set to skim past Earth next week.

Nasa’s Curiosity rover has captured a snapshot of what Venus and Earth look like from Mars.

And, six billion Earth-like planets could be awaiting our discovery in the Milky Way.

What are your thoughts on space tourism? Let us know in the comments… 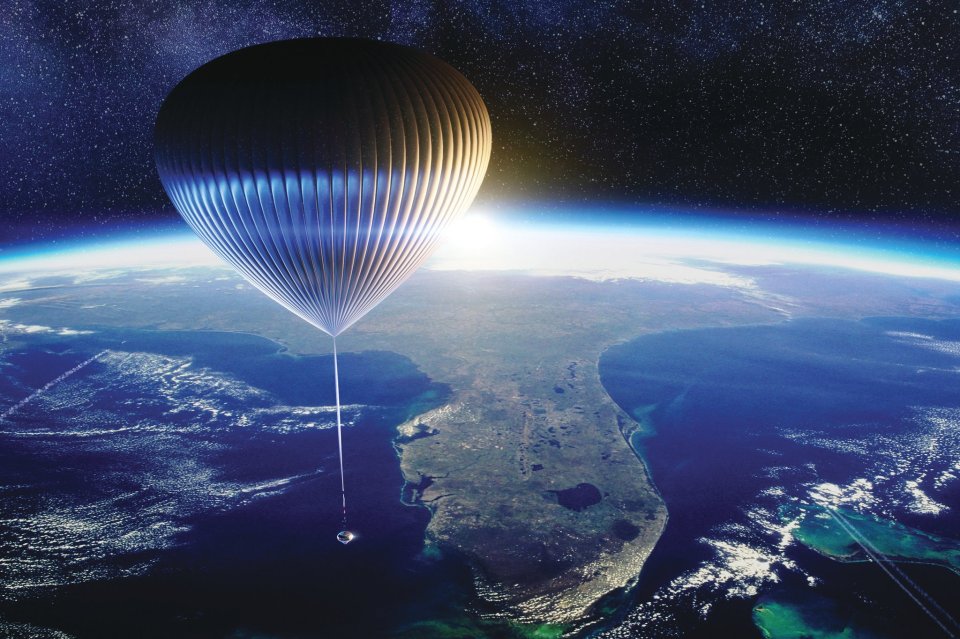 Get an Amazon Fire TV Stick for JU...