Close
Trending News
HomeTechSolar-powered drones flying up to 70,000ft for a YEAR could be used in space wars if satellites are wiped out

Solar-powered drones flying up to 70,000ft for a YEAR could be used in space wars if satellites are wiped out

Solar-powered drones flying up to 70,000ft for a YEAR could be used in space wars if satellites are wiped out

A SOLAR-ELECTRIC powered drone that can fly as high as 70,000ft for as long as a year can will be able to offer back up for pilots if their messages to commanders are interrupted.

The Phasa-35 “pseudo satellite” can operate above the weather in the stratosphere will be able to relay communications between troops in the absence of satellites.

Air Marshal Sir Stuart Atha, former deputy commander of operations in the RAF overseeing space, now director at aerospace company BAE Systems said: “It used to be that space was a safe place and that’s no longer the case. We can be challenged in space so you have vulnerabilities in space.”

The British company has created a “factory of the future” at Warton, Lancashire, where robots are operating alongside 50 people to create the Tempest, the new RAF fighter jet.

The Tempest, which will be flown either manned or unmanned, is due to enter service in 2035 and will replace Britain’s Typhoons when they are phased out from the late 2030s.

Parts of the aircraft under development are produced by 3D printing and tracked before being carried by a robot to a shelving unit, where they are stored until the system automatically detects it needs a specific part.

Other more sophisticated robots operate alongside humans at the same time to assemble sections of the aircraft.

Typically the robots would carry out the “dirty, highly repetitive” tasks needing a high level of accuracy, whereas people would carry out the more skilled jobs, said Austin Cook, the lead technologist, as “Kuka” industrial robots moved around a replica of the aircraft’s fuselage. They can drill holes to the nearest 0.1mm and add sealants and glues, as well as hold items in place.

They stop working when they detect movement with which they are not familiar, hugely reducing the risk to people. One of the robots sits behind a locked screen as staff “push the boundaries” of what it is capable of by either giving it tasks at high speed or using unfamiliar processes.

BAE believes it will get to the stage where 50 per cent of the assembly of the aircraft and logistics could be supported by some form of robotics, improving both accuracy and speed.

A 3D printer has also enabled staff to produce a large engine-mount frame for the Tempest in 60 days, compared with the 100 weeks it took to produce one for a Typhoon.

It is part of a plan to have the Tempest at initial operating capability by 2035, ten years after its main development programme is due to start, Michael Christie, BAE’s director of future combat air systems, said.

Other aircraft programmes, such as the F-35 and Typhoon jets, took between 15 and 20 years. He said that speeding up the process would “shorten the length of obsolescence of technology”.

As the physical parts are assembled, other experts are working on developing software that will enable all the parts of the system to come together, as well as measures to mitigate the effects of unconventional attacks.

In the next few months service personnel will test scenarios in which the Tempest could come under realistic threats. One of these could be the destruction of a satellite used by the Tempest for maintaining communication. “We are trying to provide resilience — if one goes down or one is corrupted, you can get it from another”, Christie said.

One of the solutions BAE has come up with is Phasa-35, an uncrewed aerial vehicle that could be ready in a year and has a 35m wingspan, a payload of 15kg and weighs 150kg. Atha, 59, describes it as a pseudo-satellite because it sits on the edge of the earth’s atmosphere rather than outside it.

It is designed as a cheaper alternative to satellites and can also be used for surveillance. For example, if there is a humanitarian disaster it can provide live footage of what is happening on the ground.

It operates at about 70,000ft, compared with Reaper drones at about 20,000ft and fast jets at about 55,000ft. “The beauty of this is it flies for a year. There’s no weather and it’s got the Sun. It’s just an incredible development and capability,” Atha said.

It could act as a “relay”, sending communications from one area to another in the same way as a satellite. “If a mobile phone network is taken out — all the masts have gone — what you can do is use the Phasa-35 to fill the holes in the service,” he said.

“You can use it there for 5G. It can take a weak signal and amplify it and then transmit it.”


Amazing ‘Pixar’ filter goes viral – get it on Instagram, Snapchat and more


Incredible iPhone deal gets you a top model for just £295

In one scenario the Tempest — backed by £2 billion of MoD funding over four years — could be operating deep inside another country but needs to communicate with London.

“You need to be able to relay it back. Do you relay it back by aircraft, by satellite, by Phasa-35 . . . there’s a variety of ways. It may be that there isn’t the satellite coverage you need and therefore we can fill gaps there.”

He said that a “future dark place” with state-on-state conflict was in the company’s mind as it thought about how it worked with the armed forces to provide what they needed. 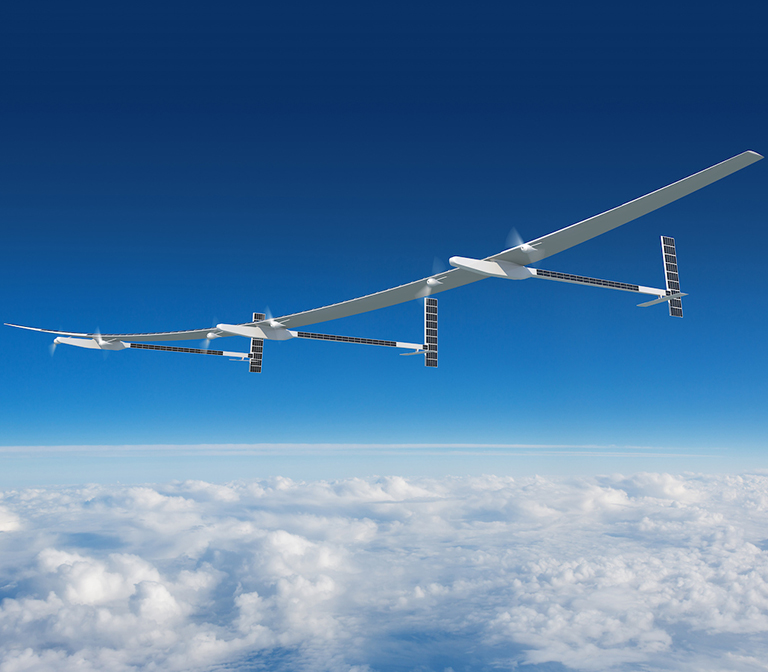 Hungary give France fright in Euro...