SNAPCHAT has been forced to apologise for an offensive Juneteenth filter.

The tech giant removed the tone-deaf lens that was brought out for the US holiday that celebrates the emancipation of those who had been enslaved.

We deeply apologize for the offensive Juneteenth Lens. The Lens that went live hadn’t been approved through our review process. We are investigating so this doesn’t happen again.

Smile to break the chains? Okay then. pic.twitter.com/Wyob3kT3ew

The filter caused widespread offence because it encouraged users to smile to break some floating chains on the screen.

A tweet from Mark S. Luckie gathered widespread attention after he posted a video of how the filter worked.

He wrote: “This Snapchat #Juneteenth filter is…um…interesting. Smile to break the chains? Okay then.”

diverse! The tone deafness I swear.

Snapchat soon responded to the backlash with this tweet: “We deeply apologize for the offensive Juneteenth Lens.

“The Lens that went live hadn’t been approved through our review process.

“We are investigating so this doesn’t happen again.”

This has left many questioning whether Snapchat as a whole has enough diversity.

Why was it even made in the first place, that’s offensive and just wrong asf. Smh.

This was so tone deaf…I’m astounded

The filter also showed the Pan-African flag in the background with chains floating above.

Like other Snapchat filters, it relied on augmented reality (AR) to add animation to a users face.

Snapchat – what is it?

How often do you use Snapchat? Let us know in the comments… 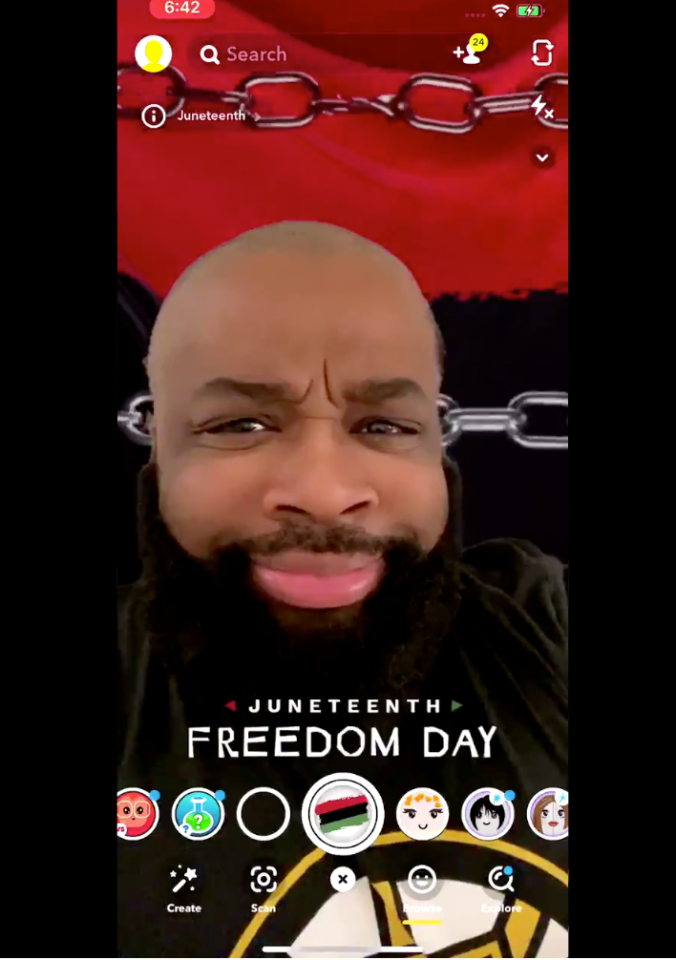