Close
Trending News
HomeTechSheep, squirrels and even hamsters could be infected with coronavirus as dozens of mammals now ‘vulnerable’

Sheep, squirrels and even hamsters could be infected with coronavirus as dozens of mammals now ‘vulnerable’

Sheep, squirrels and even hamsters could be infected with coronavirus as dozens of mammals now ‘vulnerable’

DOZENS of common animals may be vulnerable to Sars-CoV-2 – the virus that causes Covid-19.

Sheep, squirrels, hamsters and 25 other mammals could be susceptible to infection by the deadly virus, scientists have warned.

Common domestic pets, farm and zoo animals may be susceptible to coronavirus[/caption]

A total of 215 different animals were examined as part of the groundbreaking study.

Scientists already knew that dogs and cats are both at risk of infection.

But other household pets like guinea pigs, hamsters and rabbits may also be vulnerable.

Farm and zoo animals are also at risk of being infected by the virus.

Sheep may be particularly at risk, though the possibility of infection hasn’t been confirmed[/caption]

First, scientists investigated how the virus’ spike protein interacts with the ACE2 protein it attaches to – as part of the infection process.

Animals have mutated versions of the ACE2 protein that make it different from our own.

Scientists examined whether these differences would reduce the stability of the bond between the virus protein and the host protein.

It’s this binding process that gives the virus entry to your cells.

And it turns out that for some animals – including sheep and great apes – the proteins can bind together as strongly as in a human.

A total of 28 animals that are regularly in contact with humans were highlighted as part of the study.

However, it’s important to note that this isn’t proof that each animal can definitely be infected.

And there’s no guarantee that transmission is possible in all cases either. 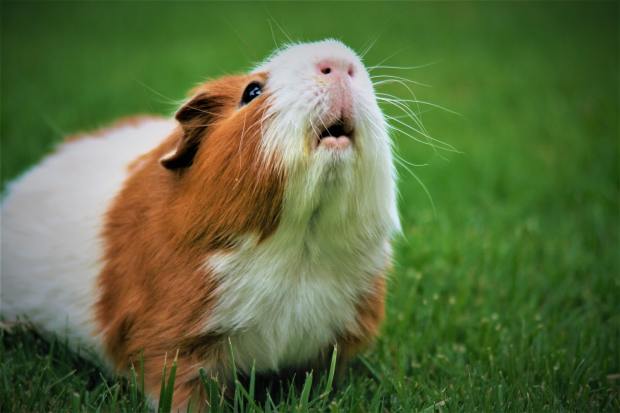 Here’s the list of 28 species identified as being vulnerable…

“We wanted to look beyond just the animals that had been studied experimentally, to see which animals might be at risk of infection, and would warrant further investigation and possible monitoring,” said lead author Professor Christine Orengo, of UCL, speaking to PA.

“The animals we identified may be at risk of outbreaks that could threaten endangered species or harm the livelihoods of farmers.

“The animals might also act as reservoirs of the virus, with the potential to re-infect humans later on, as has been documented on mink farms.”

What to do if you have coronavirus and pets

The study found that most birds, fish, and reptiles do not appear to be at risk of infection.

But the majority of the mammals they reviewed could potentially be infected.

Several animals have been reported with Covid-19 infections, including domestic cats, dogs, mink, lions and tigers.

And ferrets and macaques have been infected in laboratory studies.

This research was published in the journal Scientific Reports.