IT’S around that time of year again when hundreds of spiders begin invading UK homes in search of love.

This so-called “spider season” normally begins in the first two weeks of September and ends by the first week of October.

Male spiders go into hiding all year and come out in force in search of a mate.

They may have already been living in your home but their presence is more noticeable at this time of year as they begin to wander around.

That’s why you might see them crawling across the carpet.

“The ones we see scuttling around in the house – they’re usually the male house spiders,” the author and self-proclaimed “bugman” previously told BBC Newsbeat.

“The ones you see running across the carpet in front of you freaking you out, most often it’ll be a male out on some sort of amorous pursuit.”


Noah’s Ark on MOON to preserve 6.7million species in case Earth is destroyed

STING BY THE SEA

House spiders are descendants of African and Mediterranean arachnids, and so are built for warmer climates.

As a result, they prefer hiding in cosy homes over building webs in the garden.

The eight-legged creatures are usually born indoors where they lurk for most of the year, fattening up on bugs before breaking cover during mating season.

Richard said most UK spiders are nothing to worry about, as they can’t bite humans.

He said a spider’s jaws are so small that nipping a human would be like trying to take a bite out of a basketball.

However, there are exceptions.

The terrifying false widow spider, found largely in the south of England, has been known to chomp on unsuspecting Brits.

But don’t panic just yet – they’ll only bite you if you really annoy them.

There are 650 types of spiders in the UK, and of those only 12 are harmful to humans.

According to Richard, even small and well-cleaned British houses may be home to 40 spiders at any on time.

That number skyrockets if you live in an older building, where thousands could be lurking at any one time. 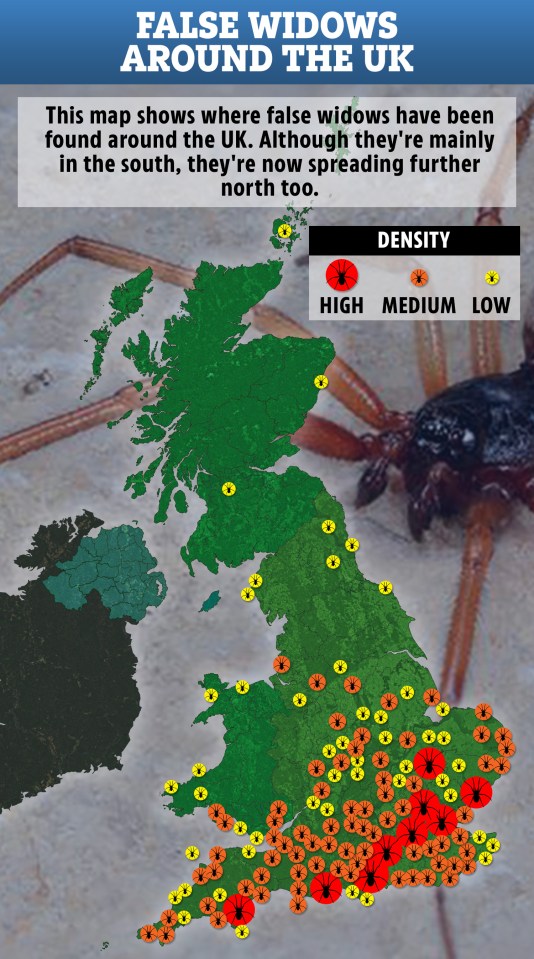 In other spider news, spiders are reportedly getting angrier as a result of an evolutionary trick to survive extreme weather conditions.

This terrifying flying spider slingshots its enemies at speeds 100 times faster than a cheetah.

And, Nasa once gave spiders illegal drugs – here’s how their webs changed when high on marijuana, caffeine and LSD. 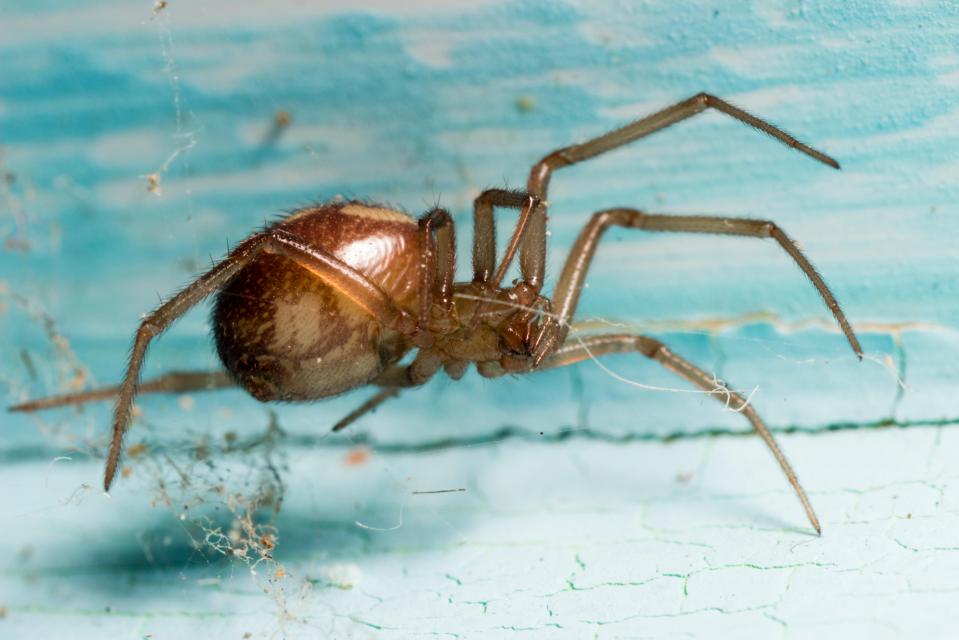