THE biggest crocodile that ever lived had a bite more powerful than Tyrannosaurus rex, scientists have found.

Examination of a prehistoric sloth fossil found 46 Purussaurus tooth marks on its shinbone, many penetrating it.

The crocs could grow to 43ft long and weigh 8.5 tons — and the team calculated its bite force was equal to 6.5 tons.

Scientists say its bite was twenty times the strength of a Great White Shark.

The sloth was killed 13 million years ago in the swamps of Peru.

Lima-based Dr Rodolfo Salas-Gismondi: “The bite force of an adult Purussaurus has been calculated as being more than four times the strongest bite ever measured in the modern animal kingdom – the saltwater crocodile.”

“With this bite force, adult Purussaurus individuals were able to incorporate to their diet anything, no matter the size or hardness!”

Purussaurus was capable of performing the ‘death roll’ manouevre today’s crocodiles use to subdue and dismember their kill.

It went extinct about seven million years ago as smaller rivals found it easier to adapt to a changing climate.

The sloth’s remains were found in the Amazonian rainforest[/caption] 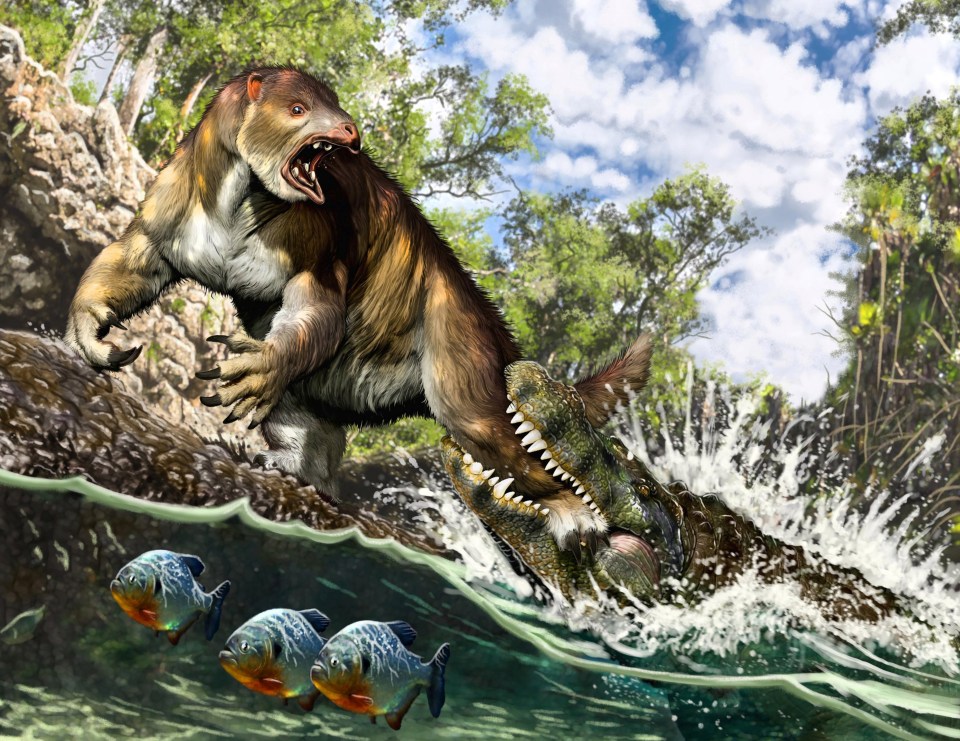 Poor pupils stop catching up with...