ANCIENT penguins that once waddled around the US and Japan were 6ft 6in tall. 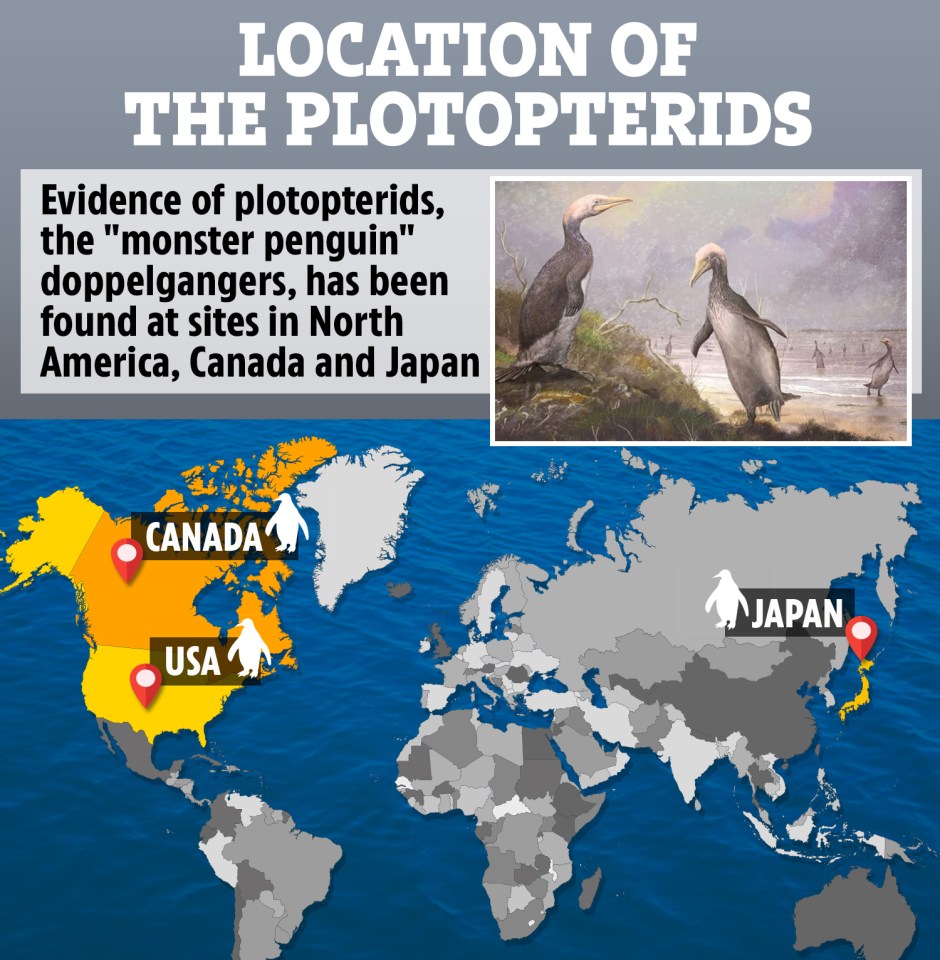 But even though they looked like penguins, they were a closer relation of cormorants.

They shared features with New Zealand penguins of 62million years ago but plotopterids fossils have been found in North America and Japan.

Dr Paul Scofield, of the Canterbury Museum, New Zealand, said: “They evolved in different hemi- spheres but you’d be hard pressed to tell them apart.

Both birds had long beaks with slit-like nostrils, similar chest and shoulder bones and used their wings to propel themselves deep underwater in search of food.

Giant animals that once roamed the Earth

Dr Gerald Mayr at the Natural History Museum said: “Wing-propelled diving is quite rare among birds; most swimming birds use their feet.

“We think both penguins and plotodopterids had flying ancestors that would plunge from the air into the water in search of food.”

Dr Mayr added: “Over time these ancestor species got better at swimming and worse at flying.” 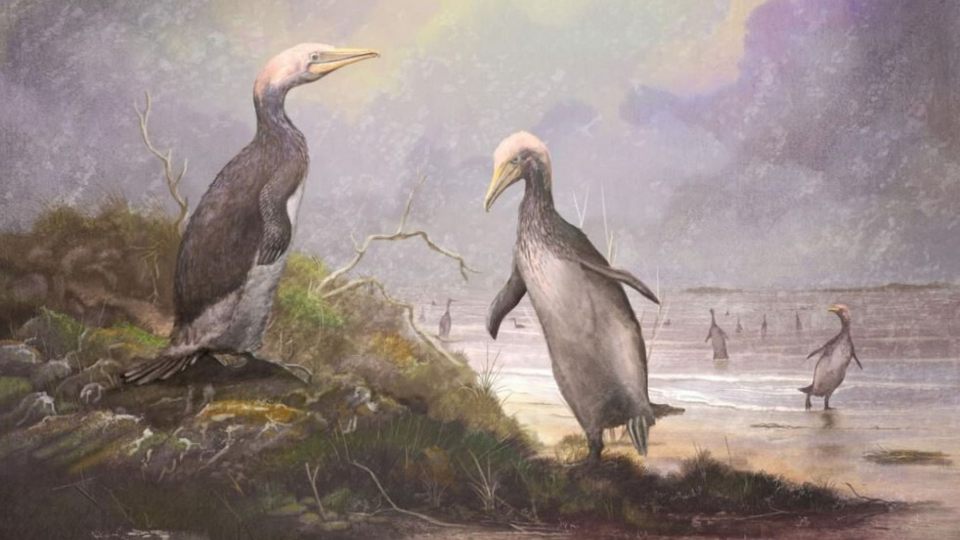