Samsung’s new ‘flip phone’ STARTS at £1,800 – double the price of a regular iPhone

Samsung’s new ‘flip phone’ STARTS at £1,800 – double the price of a regular iPhone

SAMSUNG has revealed the price of its new Galaxy Z Fold 2 smartphone and it might be more expensive than you were expecting.

The page no longer says the price[/caption]

The website has now changed back so no price is shown.

The price was spotted by a Reddit user before being removed.

They speculated that the phone would be priced at around $1850 in the US but this has not been officially confirmed.

Those that have pre-ordered should get their phone on September 17.

A lower price for the new version may be due to the lower storage value.

The original came with 512GB.

Other specifications are yet to be officially confirmed by Samsung but the company is expected to reveal them very soon.

The tech giant’s website states: “Meet the device that’s changing the shape of the future.

“Discover the cutting-edge hinge technology that allows it to fold like a book, stand on its own and break the rules of what you thought a smartphone should do.

“The next chapter of mobile is coming soon.”

A brief timeline of the Samsung Galaxy Fold

In other news, Amazon is taking on Apple Watch with its Halo fitness band.

Motorola is planning to release a 5G-version of its Razr foldable phone next month, according to reports.

Do you prefer Samsung or iPhone? Let us know in the comments… 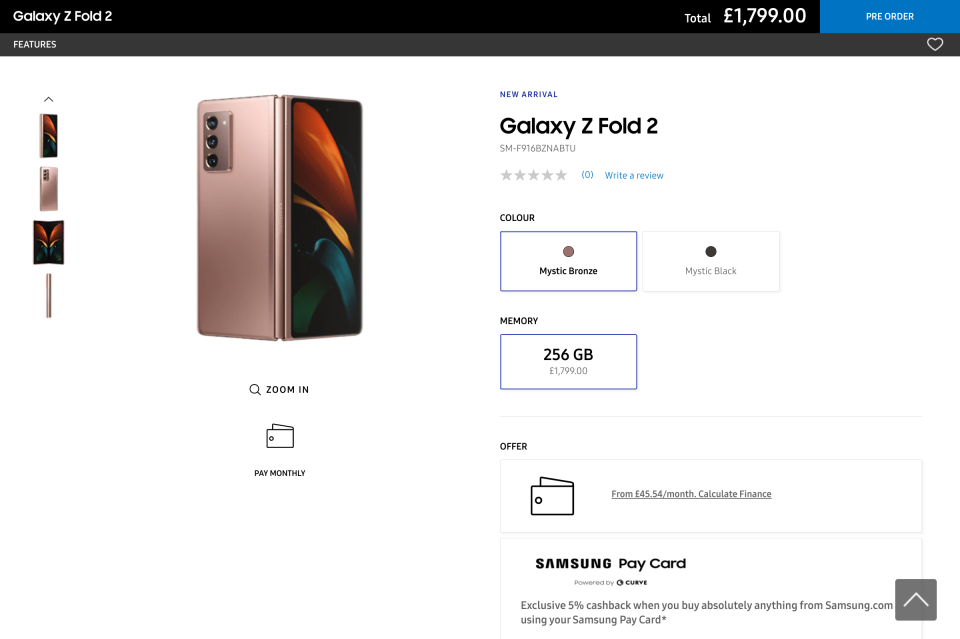 Tanks for the taking! Israeli hike...