IF you have a Samsung Smart TV you can now watch 1,000 new movies thanks to streaming service Filmzie.

The new free-to-watch service means you can essentially turn your home into your very own cinema.

The service is rolling out worldwide and should be avaliable to access right away.

It’s free because it relies on adverts to make money unlike Netflix or Amazon Prime Video.

It even offers Robin Williams’s final film The Angriest Man in Brooklyn.

Watch it on a Samsung Smart TV[/caption]

Users can also watch the infamous Trump: The Art of the Insult, a documentary about the US President.

Filmzie wants its service to “build communities for discovering, discussing, and reviewing movies”.

The aim is for it to become a go to place for watching classics as well as discovering more obscure films.

Filmzie acts like a TV channel on Samsung Smart TVs but can be accessed via an iOS or Android app.

The app version lets you choose exactly what you want to watch and you can search for films.

There’s the option to register for an account or just use it as a guest.

What to watch on Filmzie

Trump: The Art of the Insult

The Angriest Man in Brooklyn

Into the White (starring Rupert Grint)

Everyone Says I Love You


Hotmail problems: Why does Outlook keep asking for my password?

In other news, the new Xbox Series X console went on sale across the globe yesterday and sold out fast.

Apple has unveiled a brand new MacBook Air that’s faster and more power-efficient than ever before.

And, WhatsApp is rolling out a new shopping button.

Do you have a Samsung TV? Let us know in the comments… 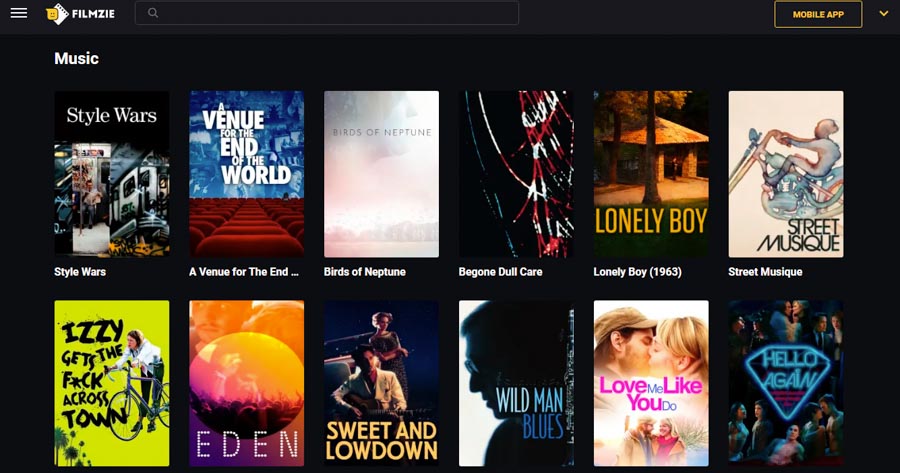