A PUPPY born with six legs and two tails has been hailed as a miracle by stunned scientists.

She’s called Skipper and vets think she’s the first puppy in the world to be born alive with her conditions.

The puppy is called Skipper[/caption]

Staff at Neel Veterinary Hospital in Oklahoma revealed on Facebook: “This is a miracle named Skipper. Literally.

“She has survived longer than we suspect any other canine has (at just 4 days old – published research does not indicate one has been born alive) with her combination of congenital conditions.

“You might notice she looks a little different – 6 legs!

“She has a type of congenital conjoining disorders called monocephalus dipygus and monocephalus rachipagus dibrachius tetrapus which simply means she has 1 head and chest cavity but 2 pelvic regions, 2 lower urinary tracts, 2 reproductive systems, 2 tails and 6 legs among other things.”

She has six legs and two tails[/caption]

The experts think the puppy was born this way because a fertilised egg tried to split into twins in the womb but didn’t fully separate.

Skipper was born in the US with eight other healthy siblings.

Vets have been left amazed that the puppy survived[/caption]

They are a cross between a border collie and an Australian shepherd.

This can sometimes cause muscle weakness and paralysis.

The good news is Skipper has been moving her legs and may just need some physical therapy when she’s older.

The vets said: “Positively, her organs appear to be in great shape, she is peeing and pooping, and is very strong!

So far the puppy is doing really well[/caption]

“She nurses well and is growing appropriately so far.

“All of her legs move and respond to stimulus just like a normal puppy.

“Its possible she may need physical therapy and assistance with mobility as she gets older.”

Vets will continue to monitor and research the puppy’s condition to make sure she’s not in pain.

According to a GoFundMe started by her owners, Skipper has been rejected by her mother and needs to be bottle fed.

They’re trying to raise money to cover any potential veterinary costs in the future.

And, a deer was found in the US with hair growing out of its eyeballs.

Are you in awe of Skipper? Let us know in the comments… 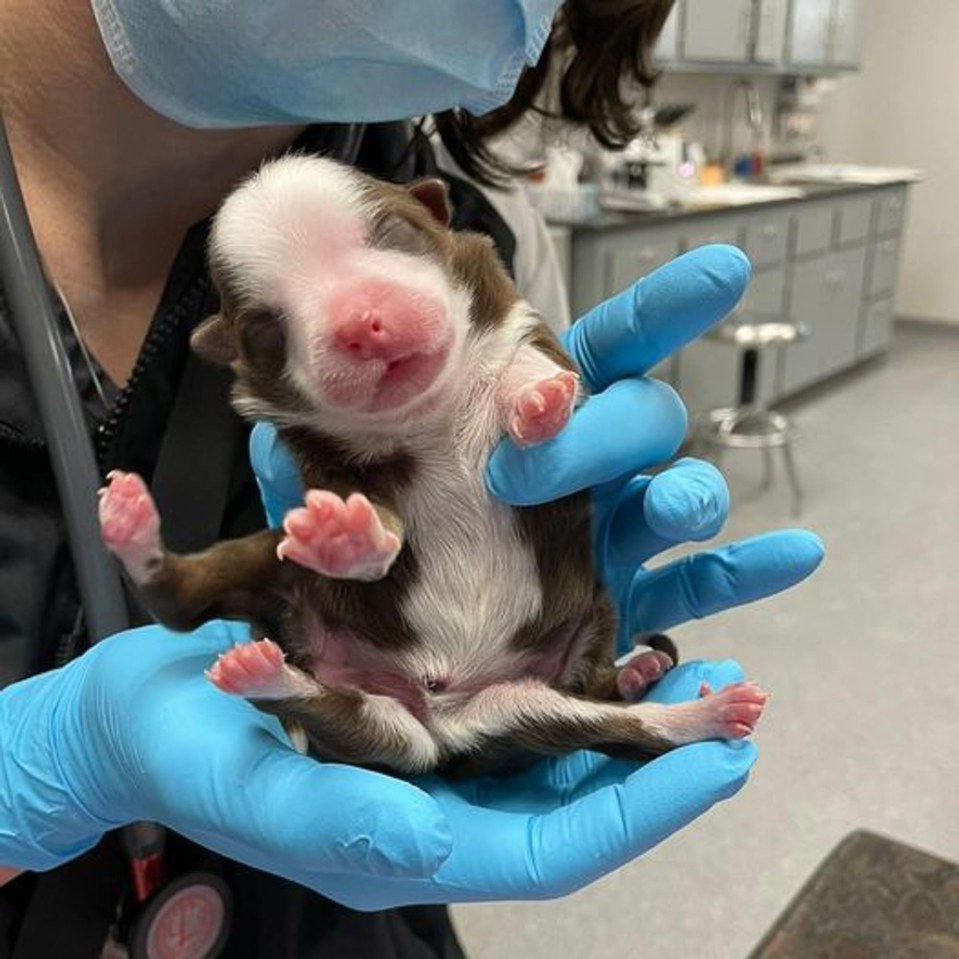 Woolly mammoths were ‘wiped out by...