A YOUTUBER has created a handy video that compares the graphics of the PlayStation 4 and PlayStation 5.

Video-maker ElAnalistaDeBits lined up footage of the newly released Marvel’s Spider-Man remastered on a PS4 Pro with a clip of the game running in a new PS5 performance mode.

The mode is designed to simulate what it will be like to play the game on the next-gen PS5 when it hits shelves in November.

To make the comparison neater, the gaming fan even recorded each clip using the same sequences of moves in the same areas.

The result gives viewers a pretty good idea of how the PS5’s graphics and general performance will measure up to its predecessor.

Sony’s new console, which will ship for just under £450 / $500, adds a powerful new engine that processes graphics faster.

It’s also capable of rendering worlds with much more detail than the PS4.

“The draw distance has been improved on the PS5,” ElAnalistaDeBits wrote in captions laid over his video.

That means you’ll be able to see more buildings and pedestrians in the distance than on the PS4 version.

Spiderman: Miles Morales will launch when the PS5 hits shelves in November[/caption]

The frame rate is the number of times your console refreshes the screen per second while you play.

The PS5 is said to achieve rates of up to 120 frames per second – twice that of the PS4. That means smoother animations that make what’s happening on the screen look more realistic.

Peter Parker’s face has also been altered to make him look more realistic.

Those are the pricey PS5 proper with all the bells and whistles, and the digital edition, which is cheaper but with lower specs and no disc tray.

Both consoles will be out in November with an impressive roster of launch games.

The new Xboxes are out November 10. 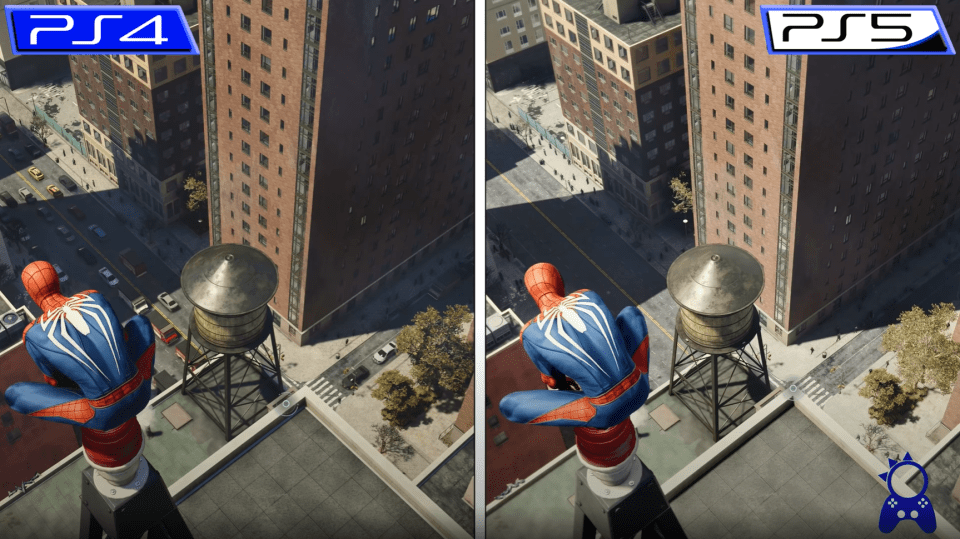