SONY’S PlayStation 5 hits shelves in the UK on Thursday, bringing next-gen graphics and games to fans across the country.

The high-powered console is the largest in modern history – but how does its size compare to previous PlayStations and the new Xbox Series X?

How big is the PlayStation 5? Dimensions explained

Sony’s PlayStation 5 (PS5) is a big ol’ beast, and is likely the largest games console you’ve ever heard of.

That means the machine towers over any previous PlayStation or Xbox, and is head and shoulders above the recently launched Xbox Series X.

Twitter user @Keisawada mocked up some artist impressions that hint how a PS5 might fit on someone’s TV unit.

Stood vertically, the white machine needs to sit next to your telly – or off the unit altogether – to have any chance of fitting into your setup.

However, it’s safe to assume that most people ordering the console will own a large TV (40in or above) and by necessity also a roomy unit.

For those who don’t: A cheaper version of the console called the PS5 Digital Edition is a bit thinner as it lacks a disc tray.

Those looking to upgrade from an older PlayStation console are potentially in for a bit of a shock.

The PlayStation 5 towers – and I mean towers – over its predecessors, the PS4 and PS3.

It’s also a good deal bigger than the PS1 and PS2, but I’m assuming most people looking to buy one aren’t upgrading by more than two generations.

How big is the Xbox Series X? Dimensions explained

The Xbox Series X was unveiled back in 2019 and sports an unusual, boxy design.

It initially wasn’t clear whether the monolith-like machine could be used horizontally as well as vertically, though Microsoft later confirmed this.

That means the console is massive compared to its predecessor, the Xbox One X (30cm x 24cm x 6cm).

It’s also nearly three times as heavy, although as far as size goes it’s still a way off the towering PS5.

Like the new PlayStation, the Series X has a smaller, cheaper version coming out later this year dubbed the Xbox Series S.

That has lower specs and lacks a disc tray, allowing Microsoft to make it a fair bit smaller than its chunkier sibling.

Like the new PlayStations, the Series X and S will have to be placed alongside your telly or TV unit if placed vertically.

Stored horizontally, the Series S should easily slip into most TV units, while smaller units will struggle to fit the Series X.

That’s because it’s exceptionally tall when laid on its side – make sure to measure your unit’s shelves before making a purchase.

What do you think of the PS5? Let us know in the comments! 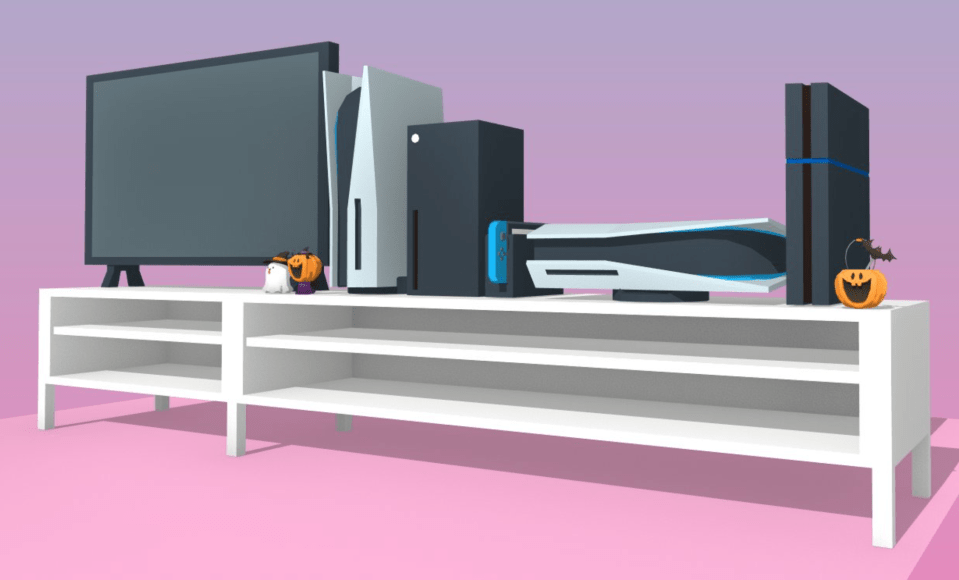 Lost ‘mass extinction’ with a MILL...