GAMERS will have to pay as much as £449 for the PlayStation 5, a new leak suggests.

It means the console will cost the same as the most expensive current PlayStation – the £449 PS4 Pro.

But Sony is keeping the price of the PS5 quiet – which insiders tell The Sun is a bid to match or beat Microsoft’s still-priceless Xbox Series X.

However, a new leak from Chinese industry site MyDrivers claims to reveal the exact PS5 pricing.

Sony is releasing the PS5 in two distinct versions[/caption]

Unlike the PS5 proper, the Digital Edition comes without a disc tray.

This means you won’t be able to play Blu-ray Discs, and you’ll have to download all of your games digitally.

It’s a similar tactic to the existing Xbox One S, which also has an all-digital spin-off.

According to the leak, this PS5 Digital Edition will be significantly cheaper at £349 / $399.

It also says that the global launch of the PS5 is November 20, which is in line with previous PS5 leaks.

In the ad, we see some game-style footage that blends the player into the virtual world.

The focus of the ad is showing off the new DualSense controller, which is designed to be immersive.

It has new “haptic” features that let you “feel” the game – something missing from the rival Xbox Series X joypad.

Sony says you’ll be able to experience “the slow grittiness of driving a car through mud”.

The L2 and R2 buttons now include adaptive triggers too, which change depending on the environment.

For instance, you’ll be able to feel the tension of drawing a bow to shoot an arrow.

The PS5 was first announced in April 2019, and Sony has been trickling out information ever since.

According to Sony, loading games on the PS5 will be up to 10 times faster than the PS4.

And the console is expected to play games in stunningly detailed 8K resolution, or 4K at a very smooth 120 frames-per-second.

In other news, check out our handy guide comparing the PS5 vs Xbox Series X.

A PlayStation fan has created an “all black” PS5 that disappointed gamers think looks much better than the real thing. 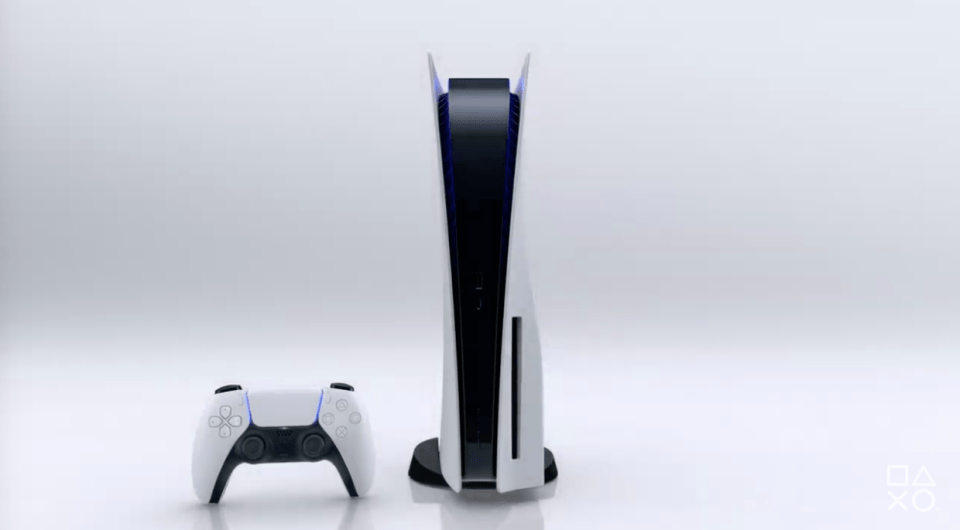