CHINESE phone-maker OnePlus has permanently disabled a feature on its new mobile that gave its camera “X-ray vision”, The Sun can reveal.

Users reported in May that the OnePlus 8 Pro’s infrared “Photochrom” lens could see through certain plastics and clothes.

Photos posted to Twitter showed the lens peering into the innards of TV remotes, or revealing gadgets or text hidden under clothing.

OnePlus temporarily blocked the camera in response, and in a software update released Wednesday wiped the camera’s X-ray powers for good.

“Customers no longer have to worry about the see-through effect,” a OnePlus spokesperson told The Sun.

The OnePlus 8 Pro hit shelves in May and comes with four rear cameras, including the photochrom lens.

The filter uses an infrared filter to add a unique colour to photos, but the gimmick had a number of unintended side-effects.

Its infrared vision allowed it to see electronics through plastic and clothing, sparking privacy concerns among users.

However, software tweaks mean the lens can no longer see through objects.

The OnePlus 8 Pro’s X-ray feature is very cool to mess about with, so I will be sad to see it removed at some point in the near future now. pic.twitter.com/GG8pcG5sB7

The OnePlus 8 Pro hit shelves in May. It has four rear cameras[/caption]

“The new update still allows customers to shoot in the unique photochrom style, and photos are actually clearer than they were before,” they said.

The OnePlus update was announced Wednesday in an official blog post. The spokesperson told The Sun it’s a forced update that users have to download.

As well as camera changes, the download tweaked performance, battery life, touch sensitivity and a host of other minor changes.

“The [update] will reach a small percentage of users today, and we’ll begin a broader rollout in a few days,” OnePlus said.

… but the gimmick had some unintended side-effects[/caption]

I finally have an x-ray camera! Used the OnePlus 8 Pro photochrom filter to see inside my Amazon Fire TV cube. ht: @richdemuro who discovered this. pic.twitter.com/gFgEmg5d80

The camera’s “X-ray” capabilities were first spotted by US tech commentator Ben Geskin.

He posted a video to Twitter showing the 8 Pro’s Photochrom camera looking through the plastic casing of an Apple TV set top box.

Videos posted by other users showed that the lens was capable of spotting the graphics on an iPhone box through someone’s black t-shirt.

The feature only worked on devices with very thin plastic casing, and with select items of clothing.

In other news, the OnePlus 8 Pro was unveiled in May via an unusual live-streamed event.

It followed the release of the Samsung Galaxy S20 in February – featuring a “Space Zoom” camera.

And, Apple is reportedly working on a futuristic iPhone with no ports or buttons.

What do you think of the OnePlus 8 Pro’s “x-ray” camera? Let us know in the comments! 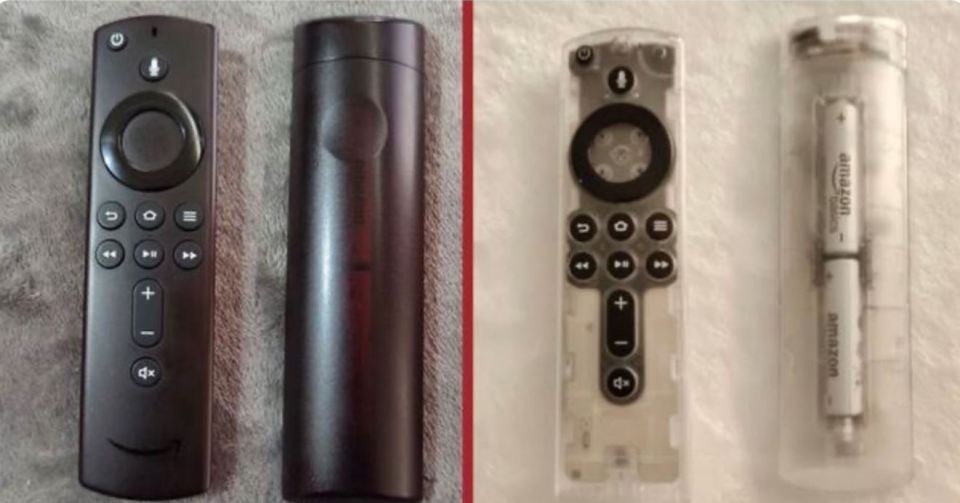 Apple giving away FREE AirPods if...