IF YOUR phone slips out of your hand more often than you’d like, then Nokia has the perfect mobile for you.

The Nokia XR20 is a hardy handset built to survive the rough and tumble of life – though it’s missing some of the features of a flashy flagship.

I’ve been using the £449 blower for about a week now, and can heartily recommend it if you can stomach the price tag.

We’ll start with the design.

At a glance, it looks like the Nokia X10 and X20 phones – all-screen on the front, with a hole-punch selfie camera and a protruding rear snapper.

However, unlike its less durable predecessors, the mobile has a chunkier feel to it – almost like someone’s stuck a hefty, grippy plastic case on it.

That’s because its chassis has been built to withstand heavy drops, knocks and splashes that might put pricier mobiles out of action.

According to HMD Global, which owns Nokia, the XR20 can brush off falls of up to 1.5 metres and is four times more scratch resistant than other Nokias.

It’s also built to endure extreme temperatures, from sunny beach scrolling in scorching 55C, to the -20C chill of an icy ski slope.

The idea is that the rugged gizmo saves you splashing out cash on repairs and will last you many years beyond your contract.

Having dropped and kicked the thing a number of times as part of my testing (as well as an unexpected plunge into my loo), I can safely say that the phone is indeed a tough nut to crack.

It was able to take bumps and scratches without much fuss – scrapes that would have certainly put a mark or two on an iPhone.

For those interested, the gizmo comes in two pleasant, understated colours: Granite and Ultra Blue.

It’s all well and good that the XR20 is solid on the outside, but what about the guts? Here, perhaps, is where Nokia cut corners a bit.

Though it’s 5G-enabled – which is handy but par for the course at this point – the phone is powered by Qualcomm’s solid-but-not-Earth-shattering Snapdragon 480 chip.

That’s a little low on the spec spectrum versus other midrange phones, plenty of which offer 8 GB of RAM and 128 GB of storage as standard.

I have to say, I didn’t come across too many performance issues – apps stuttering or crashing, drops in frame rate etc – so HMD have clearly squeezed every bit of juice out of Snapdragon’s engine.

However, it means the experience isn’t quite as smooth as midrange phones like the OnePlus Nord 2, which boasts 8 or 12 GB of RAM.

Considering the XR20 will set you back up to £449, that’s disappointing.

Pulling back from the engine, the phone’s camera and display are similarly decent without being anything to write home about.

The XR20 sports a dual rear camera system with a 48-megapixel main sensor and a 13-megapixel ultrawide.

Both the display and the camera perform well but, for me, fall short of other midrange phones like the Nord 2.

Once again, given its price tag, I would have expected a little more – though I’m not sure the average phone user will notice the difference all that much.

The battery, on the other hand, performs really well. I easily got two days of use out of it between charges.

I’ve alluded to it already, but the XR20’s price is arguably its biggest drawback.

It’s well below the lofty price tags of a flagship iPhone or Samsung mobile (which top £1,000) – but it’s far from the cheapest handset out there.

The XR20 is out now in the UK and hits shelves in the US on August 25.

HMD have produced a behemoth of a phone that clumsy mobile users should definitely consider when shopping for their next device.

For a gadget designed to stand the test of time, the XR20 looks great.

Most rugged phones, like those made by Doogee, are chunky and can look a little unwieldy in your hands.

The XR20, on the other hand, wouldn’t look out of place lined up next to the glamorous flagships of its competitors.

However, while the phone’s design is spot on, its features and engine leave a lot to be desired.

The camera and display are average, and its spec sheet isn’t particularly impressive, either.

I’d forgive that if the phone had the price tag to match it, but at up to £449, I’d expect more bang for my buck.

All in all, if you’re specifically looking for a phone that will survive a few bumps and scratches, the XR20 is a great option.

If you’re looking for a mid-range phone with flagship features, however, you’re best off hunting elsewhere.

The phone certainly looks the part[/caption]


BMW’s X5 is huge, rapid and gadget mad – the hybrid SUV of your dreams

And, Spotify has launched a new feature for its Android and iOS apps that spots your favourite artists and gives you a personalised playlist. 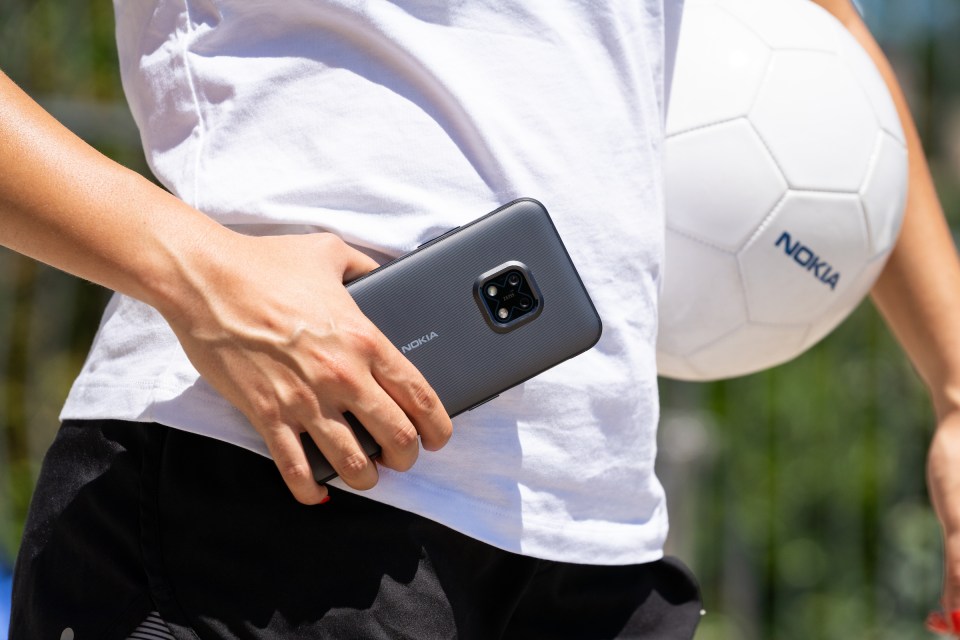 Bilateral trade between Russia &am...

Snapchat down latest update – How...