Described as the start of a “new chapter” in the manufacturer’s history, the Nissan Ariya has been designed to offer zero emissions and powerful acceleration – packaged up in a futuristic shape with a luxurious “lounge-like” cabin.

It is the first production model to represent Nissan’s new electrified brand identity and gives an indication of the future of motoring where electrification and seamless vehicle AI technology will be standard.

Drivers can check the status of the Ariya’s battery and set the car’s temperature from their breakfast table while enjoying a morning coffee.

With a scheduled destination, the Intelligent Route Planner will send a reminder when it is time to depart, keeping the day on-track.

When approaching the car with the ‘Intelligent Key’, the doors unlock and the exterior front and rear lights, as well as the Nissan emblem, switch on automatically to signal the vehicle has detected the driver’s presence.

The seat, steering wheel position and auto sliding centre console are all adjusted based on the saved driver profile linked to the key.

When inside, by saying “Hello Nissan” or “Hey Nissan,” occupants can ask for vehicle information and manage the travel route, including searching for points of interest.

This voice-controlled tech enables the driver to adjust the temperature or select a playlist without having to look away from the road.

Nissan unveiled the Ariya on Wednesday at the soon-to-open Nissan Pavilion in Yokohama, Japan.

An “intelligent” key unlocks the car automatically for you[/caption]

Ashwani Gupta, Nissan’s chief operating officer, said: “The Nissan Ariya is a truly beautiful and remarkable car. It enables you to go further, easier and in comfort.

“The Ariya is designed to impress, and to express what Nissan strives for – making our customers’ lives better.”

The Ariya is also fitted with the latest version of ProPILOT, Nissan’s autonomous driving system, which uses road data and sensing technology to offer a smoother ride during single-lane highway driving.

By connecting with the navigation system and utilising road map data, the assistance system can help adjust vehicle speed based on the posted limit.

The Ariya can guide itself into a parking spot[/caption]

It can also help adjust vehicle speed based on upcoming road conditions, such as smoothly slowing the vehicle before a sharp corner ahead.

The Ariya will also be available with ProPILOT Park, which recognises an open parking space and guides the vehicle into it.

The Ariya is the second all-electric car from Nissan, joining the LEAF in the manufacturer’s zero emission line-up. 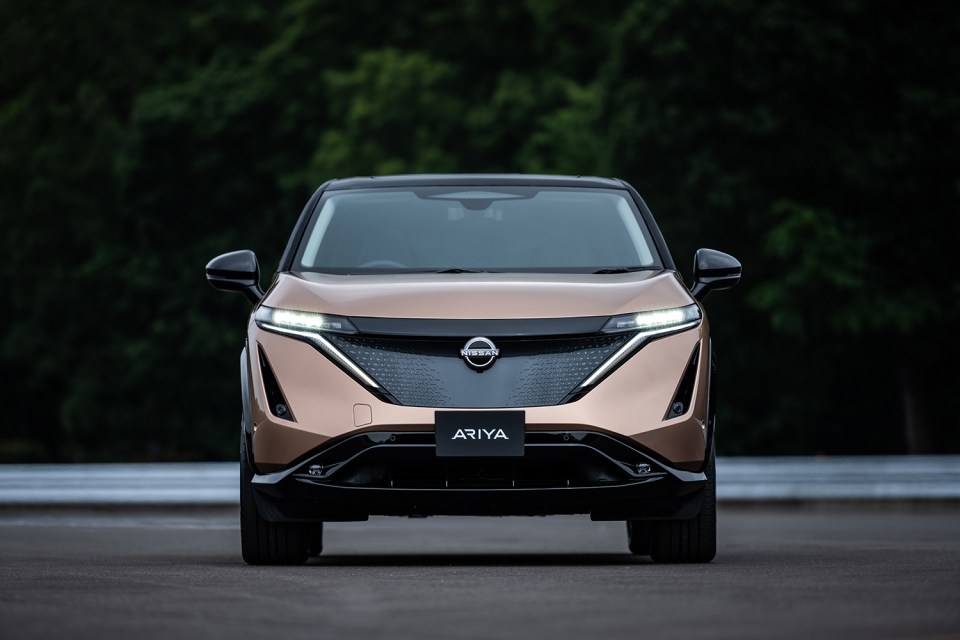