A NEW monkey has been discovered in a remote forest but it’s already facing extinction.

The Popa langur is a primate that was recently spotted on Mount Popa in Myanmar.

The excitement of this new discovery was soon blighted by the fact there only seems to be 200 to 250 individuals living in four groups.

It belongs to a family of leaf eating monkeys that live in south-east Asia called Langurs.

This new Langur is has distinctive white eye patches that look like glasses and grey fur with white patches of their chest.

There’s only around 250 of them left[/caption]

Scientists first suspected there was a new monkey species in Myanmar after DNA analysis of poo in the forest.

However, evidence was hard to find until the Popa langur was observed in the wild.

They compared what they thought was the new monkey to historical specimens in natural history museums across the world and concluded that a new species existed.

Christian Roos, scientist in the Primate Genetics Laboratory at the German Primate Center said: “The DNA analysis of a museum specimen collected for the London Natural History Museum more than 100 years ago has finally led to the description of this new species, confirmed also by samples collected from the field by FFI’s research team.”

Differences in tail and ear length compared to other Langurs were observed.

Most of the monkeys live in a wildlife sanctuary park on the sacred slopes of Mount Popa. 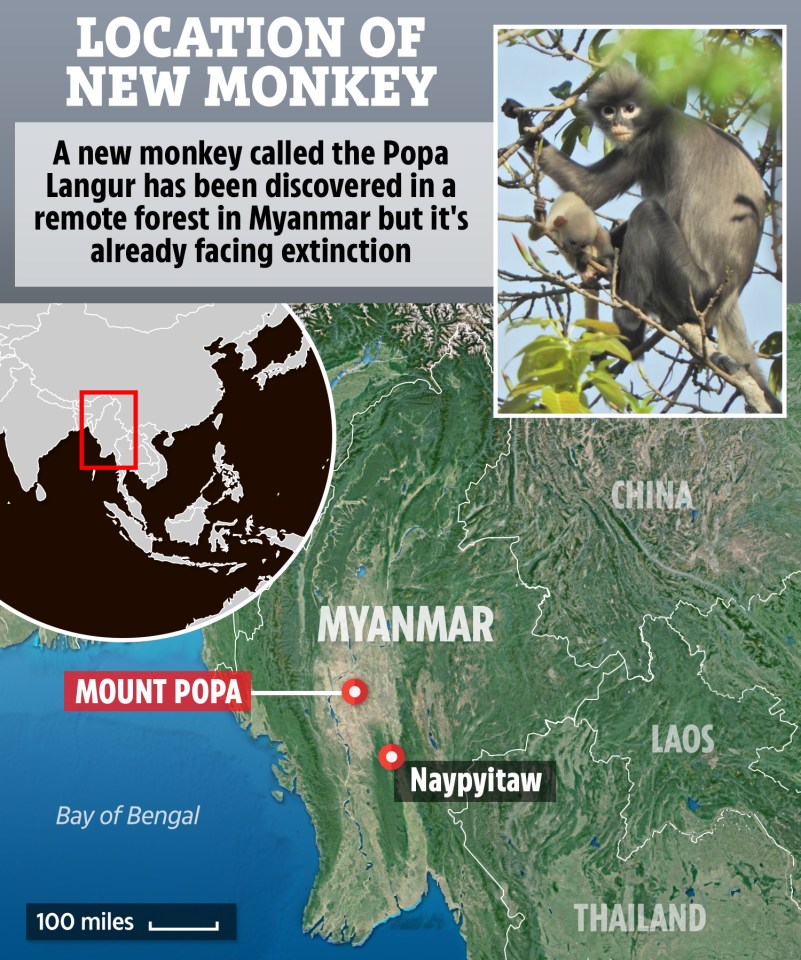 Frank Momberg of the conservation group Fauna & Flora International (FFI) told the BBC: “The Popa langur, just newly described, is already critically endangered and facing extinction so it’s absolutely critical to protect the remaining population and to engage with local communities as well as private sector stakeholders to safeguard its future.”

Hunting and human destruction of their habitat are thought to be two major reasons for the decline of the Popa langur.

Myanmar is said to have been working closely with scientists over the past decade which has led to several new species discoveries.

Discovering a new primate is rare though.

This research has been described in the journal Zoological Research.

It claims that the Popa langur became separate from other species around one million years ago.

What is a primate?

In zoology terms, a primate is any mammal in the group that contains apes, humans, lemurs, lorises, tarsiers and monkeys.

Primates have large brains relative to their body size and are generally more reliant on sight than smell.

They have ‘opposable thumbs’ that allow for grasping.

All primates, apart from apes and humans, have tails.

Humans fall into the sub-category of Great Apes.

Primates are thought to have arose around 85-55 million years ago.

In other animal news, a rare type of wolf spider, once thought to be extinct in the UK, has been spotted at a UK military base.

Murder hornets in the US are being fitted with trackable radio tags so their nests can be discovered and destroyed.

And, whales, dolphins and porpoises are facing ‘imminent’ extinction, according to over 350 experts.

What are your thought on this new monkey? Let us know in the comments… 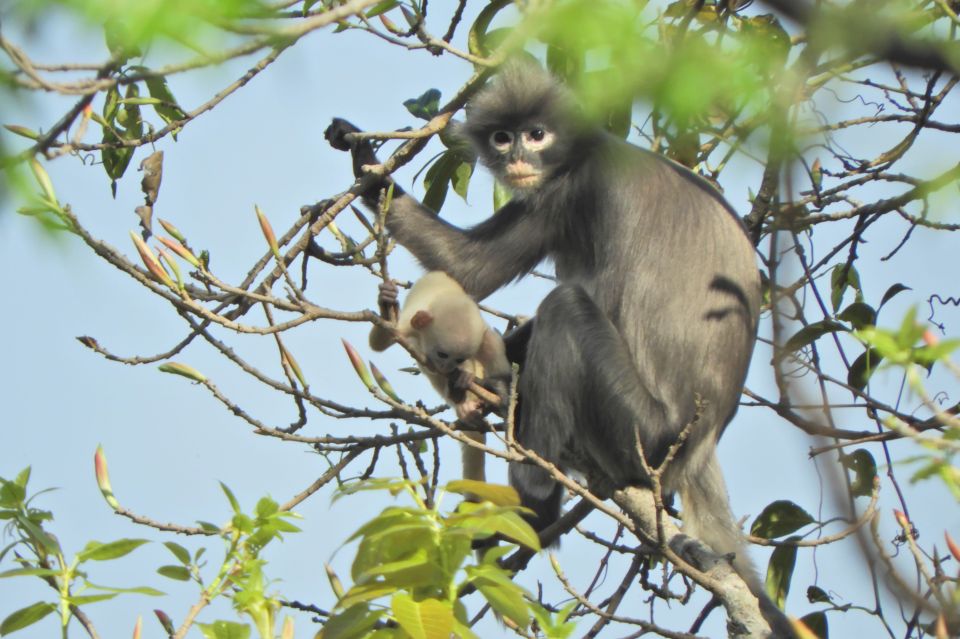 Hotmail problems: Why does Outlook...