FACEBOOK has introduced a new pop-up that encourages people to read news articles before sharing them.

The warning message, currently being tested among select users, appears if someone clicks to share a link that they haven’t opened.

The goal, the company said, it to curb the spread of dangerous or misleading information on the social media platform.

For now, the pop-up has only rolled out to about six per cent of users of Facebook’s Android app.

“If you go to share a news article link you haven’t opened, we’ll show a prompt encouraging you to open it and read it, before sharing it with others.”

The pop-up asks users if they’re sure they want to share an article without opening it first.

It warns that sharing articles without reading them “may mean missing key facts”.

The user still has the option to share the link if they choose to.

It’s unclear when Facebook plans to roll the feature out more widely.

It follows a similar scheme launched by Twitter in June 2020.

When Twitter tested the feature, it found that people opened articles 40 per cent more often after seeing the prompt.

Many people chose not to share the article at all after seeing the pop-up, the company said.

Researchers at Princeton University tracked the social media habits of 3,000 Americans in the run up to the 2016 Presidential election.

They found that Facebook was the referrer to untrustworthy news sites 15 per cent of the time.

The social media platform referred users to authoritative news sites only 6 per cent of the time.

Beware the sinister Facebook scam that could cost you and your pals £400 each.

And a bungled WhatsApp privacy update has caused “millions of users to flee the Facebook-owned app”.

What do you make of the new Facebook feature? Let us know in the comments! 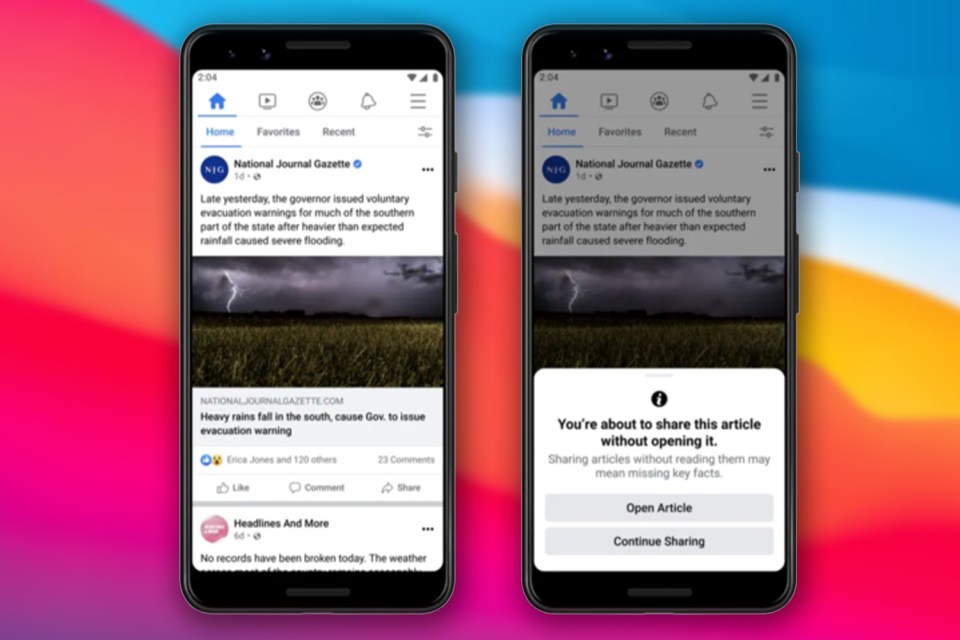 Will you lose WhatsApp texts if yo...