IN a far away village, a screaming man is thrown into a burning pit of fire, as dozens more like him are slaughtered in cold blood.

The chilling Myanmar massacres are a stain on humanity, but while many point the finger at a despotic military regime, a more unlikely organisation has been accused of fanning the the flames.

Facebook admitted its tools had been used by Myanmar military staff to spread dangerous propaganda against its Muslim population. Pictured, ten Rohingya men with their hands bound kneel in Inn Din village[/caption]

Behind the sickening ‘ethnic cleansing’ – which began in 2017 and has led to the deaths of thousands of Muslims – a sinister campaign was playing out on Facebook.

The atrocity is just one of many harrowing revelations found in Netflix’s new documentary The Social Dilemma, a scathing expose on the toxic influence of tech giants like Facebook, Google and Instagram.

From dizzying spikes in suicide rates among young girls to conspiracy theorists clashing with cops on London’s streets, here we examine some of the show’s most terrifying discoveries.

Psychological design tricks that profit from your misery

Every single action we take on social media is tracked, and this information is ruthlessly exploited by tech giants to get you hooked – even if it makes you miserable.

In the documentary, former Google design ethicist Tristan Harris explains how platforms such as Twitter and Instagram keep users engaged at all costs, with the goal of ramping up clicks for advertisers.

On the most basic level, these companies can lure you in with psychological design tricks.

The satisfaction of pulling down on your screen to refresh your news feed is known as ‘positive reinforcement’, encouraging you to subliminally associate such actions with a reward.

Notifications informing you that you have been tagged in a photo purposefully don’t show the image – so you are forced to click on them.

The ‘…’ that shows someone is replying to your message on Facebook Messenger encourages you to stay on the app, waiting for the response.

They know when people are looking at photos of your ex-romantic partners. They know what you’re doing late at night

However, if this isn’t enough to keep you hooked, tech firms aren’t afraid to prey on your deeper emotions.

“They know when people are looking at photos of your ex-romantic partners. They know what you’re doing late at night.”

In a fictional example from the show, a young boy named Benji attempts to spend a week without his phone – but is brought back in with a desperate move by social media boffins who send him a notification revealing his ex girlfriend is in a new relationship.

Depressed and lonely, the lad is hypnotised once again by his news feed, scrolling through pictures of his ex’s new life – and bombarded mercilessly with advertising.

The documentary also explores the impact social media has had on young people and their mental health, and reveals it appears to have led to a 150 per cent increase in suicides in pre-teen girls.

Stats also show an alarming spike in the number of kids in the US being admitted to hospital after cutting themselves or otherwise self-harming.

The dates coincide scarily with the rise of apps such as Instagram, which launched in 2010 and encourages users to pick filters and modifications to improve the way they look.

The advent of ‘like’ buttons, where users can give a virtual thumbs up to their pals’ posts, has a similarly harrowing legacy.

A recent study, published in the Psychological Science journal, found the brain chemical dopamine – which is triggered by eating chocolate and winning money – is activated when teenagers see large numbers of likes on their posts.

In a tragic British case, 19-year-old Chloe Davison from County Durham took her own life last December after feeling she “wasn’t good enough unless she was getting likes”.

Chamath Palihapitiya, former vice president of growth for Facebook, says: “We curate our lives around this perceived perception of perfection because we get rewarded in these short term signals – hearts, likes, thumbs up, and we conflate that with value, and we conflate it with the truth.

“And instead all that really is is fake, brittle popularity.

“That’s short-term and leaves you even more vacant and empty [than] before you did it. It forces you into this vicious cycle where you’re like ‘what’s the next thing I need to do now?’”

NBA superstar Kyrie Irving became a figure of public ridicule three years ago after admitting he believed that the Earth could be flat.

The Boston Celtics star was rapidly forced to backtrack on his statements and blamed YouTube for leading him down a conspiracy rabbit hole, insisting: “Everybody’s been there.”

He has a point. Last year, YouTube was slammed for pushing viewers to watch clips about white supremacy, conspiracy theories and body-harming through its “damaging” recommendations algorithm.

In the documentary, Guillaume Chaslot, a former YouTube engineer, claims the video-sharing website is designed to keep viewers hooked by pushing extreme, addictive footage down our throats.

“People think that the algorithm is designed to give them what they really want,” he says. “It’s not.”

“Then if you start watching one of those videos, it will recommend it over and over again.”

Facebook was similarly declared a ‘danger to public health’ after users were found to have read over 3.8 billion coronavirus ‘fake news’ stories.

And worryingly, immersing ourselves in ever more extreme theories can lead to dangerous problems in the real world.

The huge protests have incorporated a number of fringe groups and speakers – including notorious conspiracy theorist David Icke and Piers Corbyn, the brother of ex-Labour leader Jeremy, who has fuelled rumours 5G phone networks are spreading coronavirus.

In April, BT revealed that 39 engineers had been attacked and 33 phone masts had been vandalised by conspiracy yobs.

Perhaps the most extreme example, however, came in 2016 when a gunman opened fire in a pizza shop in North Carolina, declaring he was investigating claims that Hillary Clinton was running a child sex ring out of the restaurant.

The deranged theory, known as Pizzagate, has long obsessed followers of the QAnon conspiracy movement in America, which has rocketed in popularity across social media during the pandemic.

Warped algorithms turning our lives into the Truman Show

When you type a phrase such as ‘climate change is’ into Google, you might assume you’ll see the same auto-complete options as anyone else around the world.

The disturbing truth, according to the documentary, is that the search engine will instead show you the most popular options for your demographic and location.

Typing a phrase such as ‘climate change is’ into Google will come up with different autocomplete suggestions based on your location, the show claims[/caption]

“In certain cities, you’re going to see it auto-complete with ‘climate change is a hoax’,” explains Justin Rosenstein, a former Google and Facebook engineer.

“In other cases you’re going to see ‘climate change is causing the destruction of nature’.

“And that’s a function not of what the truth is about climate change, but about where you happen to be Googling from and the particular things Google knows about your interest.’

Roger McNamee, an early Facebook investor, compares this phenomenon to “2.7billion Truman Shows”, a reference to the 1998 Jim Carey film where a whole world is built around one unsuspecting man for a reality show.

“Over time you have this false sense that everyone agrees with you because everyone in your news feed sounds just like you,” he says.

“Once you’re in that state, it turns out you’re easily manipulated – the same way you’d be manipulated by a magician.”

The impact this has had on our ‘cancel culture’ is only too evident – with issues like Brexit and the general election viciously polarised as both sides become locked in their social media ‘bubbles’.

On a larger, global scale, the combination of conspiracy rabbit holes and intentionally divisive algorithms can have truly devastating consequences.

In the wake of Myanmar’s sickening purge of Rohingya Muslims, Facebook made a bombshell admission that its platform was used by the military to incite violence in the majority Buddhist nation.

Thousands of people have been killed in the ongoing persecution[/caption]

Operatives posing as celebrities spread fake news that Islam was a global threat to Buddhism, while another shared a false story about the rape of a Buddhist woman by a Muslim man, according to the New York Times.

Organisations are able to do so on a mass scale, using social media tools created for advertisers to target specific demographics – such as those who believe in conspiracy theories who can be easily brainwashed.

“Facebook really gave the military and other bad actors a new way to manipulate public opinion and to help insight violence against the Rohingya Muslims,” Cynthia M Wong, from Human Rights Watch, tells the documentary.

“That included mass killings, burnings of entire villages, mass rape and other serious crimes against humanity that have now led to 700,000 Rohingya muslims having to flee the country.”

Even more developed Western democracies are not safe from social media corruption, with rogue states like Russia and China easily able to spread misinformation online.

The show credits social media with fuelling the rise of far-right and far-left groups across Europe, including Italy and Spain, while insisting it had a crippling impact on the 2016 US election.

“The manipulation by third parties is not a hack”, says Roger McNamee. “The Russians didn’t hack Facebook, they used the tools that Facebook created for legitimately advertisers and legitimate users, and used it for a nefarious purpose.”

Tristan, who founded the Center for Humane Technology, which aims to clean up the tech industry, puts it more bluntly.

“We in the tech industry have created the tools to destabilise and erode the fabric of society, in every country, all at once, everywhere.”

How to break the cycle

How do we make the world better?

Despite the alarming picture painted by the documentary, experts are optimistic the situation can be improved – if we all play a part.

“We can demand that these products be designed humanely. We can demand not to be treated as an extractable resource,” says Tristan.

“The intention could be: ‘How do we make the world better?’

“The fundamental way this stuff is designed isn’t going in a good direction. We need to change all that.”

Watch The Social Dilemma on Netflix or visit thesocialdilemma.com 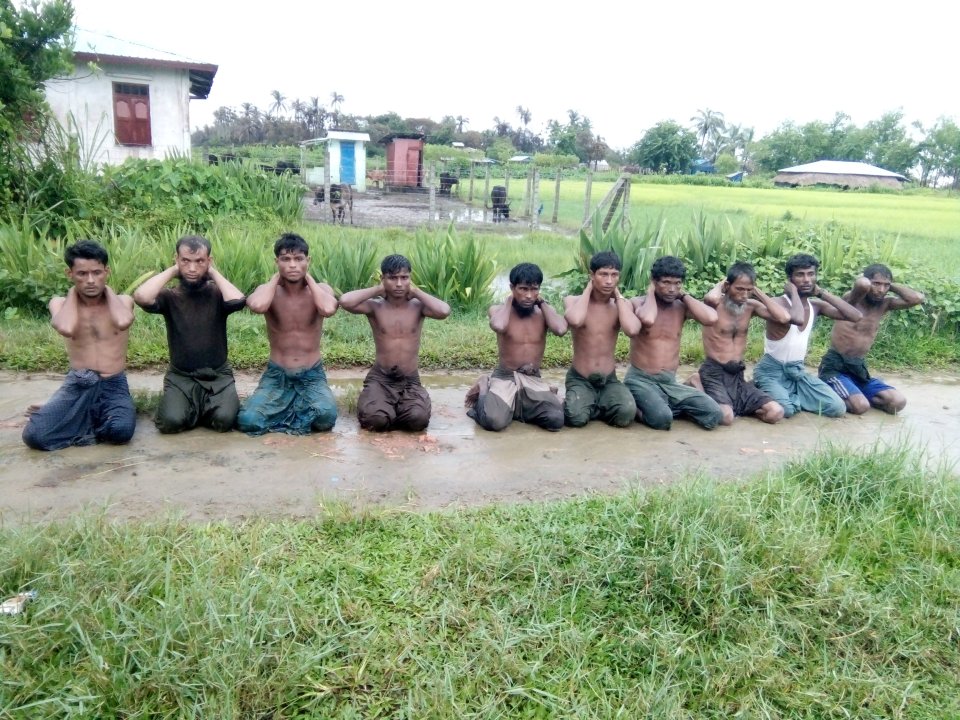