Statues at Easter Island in Polynesia[/caption] 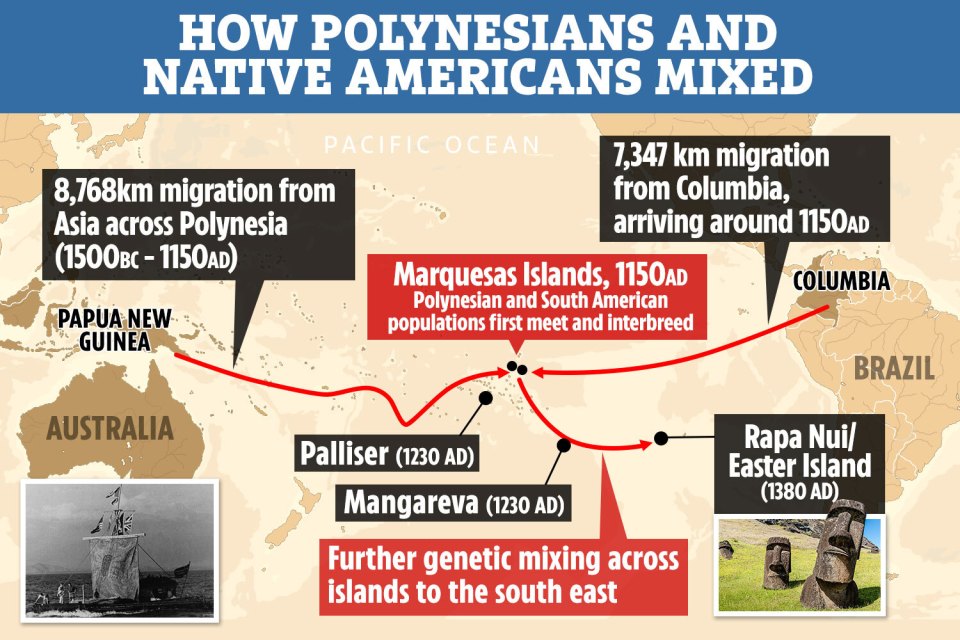 Travellers from modern day Colombia first interbred with Polynesian people about 1,150AD, according to statistical analysis.

The research, published in Nature, confirmed a theory that Polynesians and Native Americans had met, explaining why sweet potatoes from America can be found in the Polynesian Islands.

The two groups met on the South Marquesas islands, according to the research, about the same time Polynesians first arrived in the same area.

Paper author Alexander Ioannidis from Stanford University in the US said sweet potatoes were the key clue.

“The sweet potato is native to the Americas, yet it’s also found on islands thousands of miles away,” he said.

“On top of that, the word for sweet potato in Polynesian languages appears to be related to the word used in Indigenous American languages in the Andes.”

The link potentially shows that either Polynesians landed in South America and took the potato back with them, or that Native Americans travelled to Polynesia.

He said this provided “conclusive evidence” that Polynesian and Native American people had a “shared contact event” and interbred.

The analysis found the event happened about 1,150 AD, during the Middle Ages in Europe.

“Around that time these islands were originally being settled by native Polynesians,” Dr Ioannidis said.

“If you think about how history is told for this time period, it’s almost always a story of European conquest – you never really hear about everybody else.”

Pictured is the coast of French Polynesia[/caption] 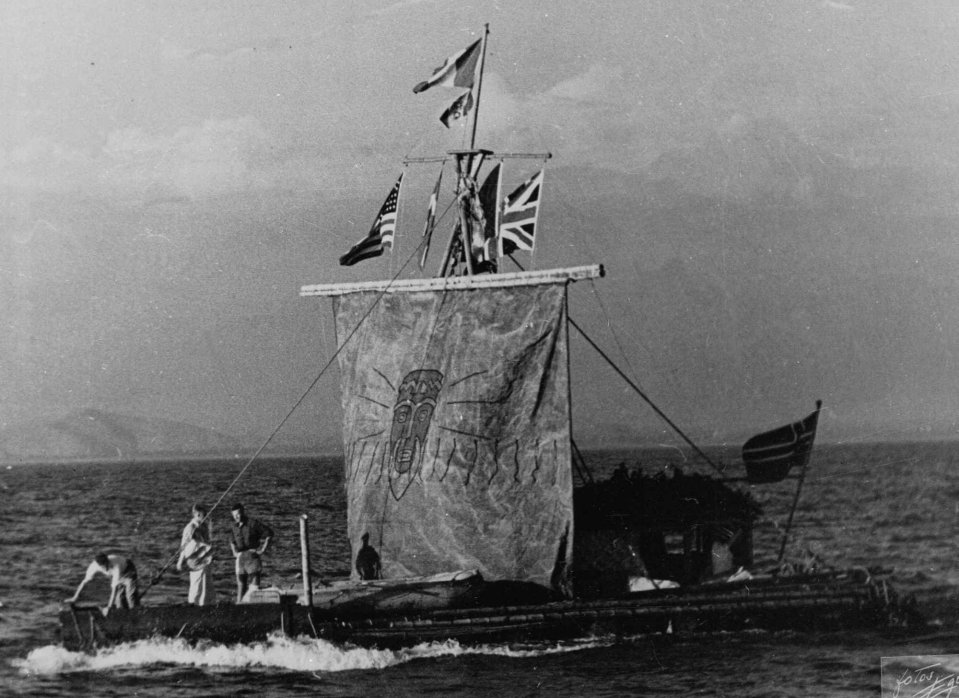