NASA has finally set a date for its first proper crewed flight from US soil aboard a SpaceX rocket.

Four astronauts will board a Crew Dragon spacecraft on October 31 on a trip to the International Space Station, 250 miles above Earth’s surface.

The mission follows SpaceX’s successful Demo-2 test flight, which blasted astronauts Bob Behnken and Doug Hurley to the ISS in May.

It was the first time astronauts launched from US soil in almost a decade, and marked California rocket maker SpaceX’s first crewed liftoff.

The upcoming launch was initially scheduled for October 23 but has now been pushed back by eight days, Nasa said in a blog post on Monday.

The flight was delayed to “deconflict” it with the scheduled arrival on October 14 of a three-person Soyuz crew at the space station, as well as the departure of a Russian Soyuz capsule from the ISS on October 21.

The launch was an historic event[/caption]

“This additional time is needed to ensure closure of all open work, both on the ground and aboard the station, ahead of the Crew-1 arrival,” Nasa said.

They will be carried to the station on the SpaceX Crew Dragon spacecraft on a Falcon 9 rocket from Nasa’s Kennedy Space Center in Florida.

The team will stay on the ISS for six months, carrying out various science experiments and maintenance work.

“The launch will be the first time an international crew will fly aboard a Nasa-certified, commercially-owned and operated American rocket and spacecraft from American soil,” Nasa said.

Though astronauts have flown aboard a Crew Dragon capsule before, Crew-1 will mark the first “operational” mission – meaning it’s not a test flight.

The launch will also be the first time four astronauts have flown in the capsule at once, up from the two who flew the Demo-2 mission.

Demo-2 lifted off from the Kennedy Space Center on May 30 on an historic mission to the International Space Station.

The flight marked the first time astronauts have flown into orbit using a spacecraft built by a private company.

Nasa said the mission will lay the groundwork for future manned flights to the Moon, Mars and beyond.

The US space agency last fired one of its own astronauts into space in 2011.

Nasa retired its astronaut-carrying space shuttles that year to make way for a new space exploration program aimed at sending man to asteroids and other deep-space targets.

However, multiple delays to its development schedule have left the space agency without a way to carry out manned space flights for years.

Musk hopes to one day help set up a colony on Mars using a fleet of its reusable spacecraft, while Bezos is keen for humanity to move to huge space stations.

In other news, SpaceX blew up a Starship rocket tank on purpose last week during a dramatic “pressure test”.

Are you excited for the SpaceX launch? Let us know in the comments! 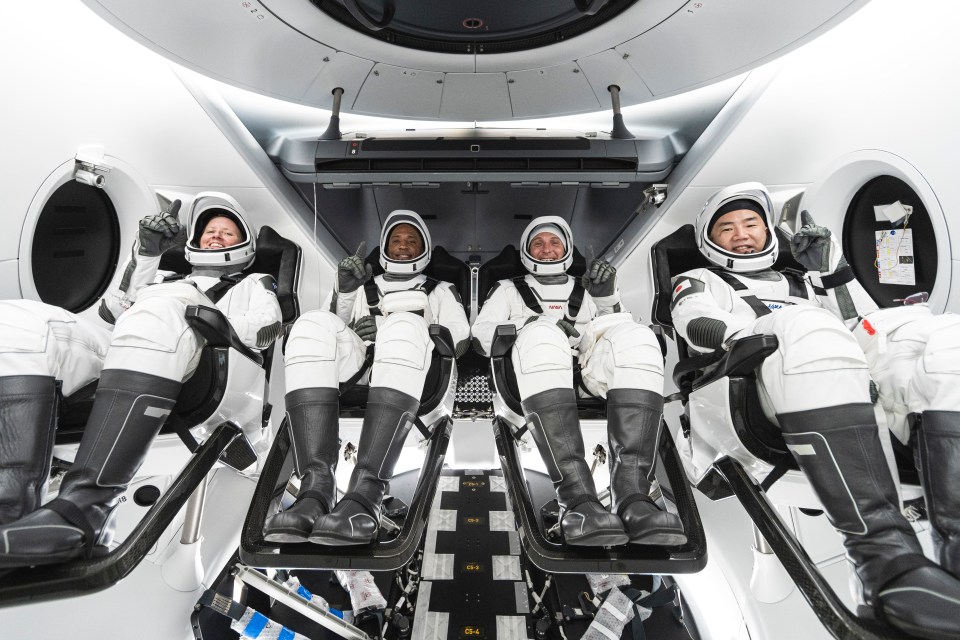