A MYSTERIOUS radio signal beamed to Earth from a distant galaxy has been detected again by astronomers.

The so-called Fast Radio Burst repeats every 157 days with the power of millions of Suns, and its latest barrage arrived right on time last week.

Known as FRB 121102, scientists hope that studying the strange blinkering signal could unlock the secret to what FRBs are and where they come from.

Fast Radio Bursts are intense pulses of radio waves that last no longer than the blink of an eye and come from far beyond our Milky Way galaxy.

Their origins are unknown. Some think the energetic waves are the result of cosmic explosions, while others reckon they’re signals sent by aliens.

More than 100 FRBs have been discovered to date, but only a handful have repeated, and fewer still in a predictable pattern.

Some have suggested FRBs are leftover signals from alien spacecraft[/caption]

Recurring bursts give scientists rare chances to study the origins of FRBs.

FRB 121102 is one of only two FRBs known to regularly repeat and its cycle was described for the first time by Brit scientists earlier this year.

Astronomers traced its origins to a star-forming region in a dwarf galaxy 3billion light-years away.

During its cycle, bursts of milliseconds-long signals are emitted for 90 days before a quiet period lasting 67 days, for a total loop length of 157 days.

Now a new study into the FRB has shed new light on its cycle and possible origins.

A team at the National Astronomy Observatory of China detected 12 bursts from FRB 121102 on August 12.

The group’s findings, to The Astronomer’s Telegram, suggest the burst is currently in its active phase and repeats every 156 days – not 157.

If telescopes continue to pick up bursts beyond these dates, then either its predictable pattern does not exist or has somehow evolved, they said.

Scientists urged other teams to continue taking readings of FRB 121102 in the hopes of better-understanding it.

Based on the new readings (as well as older ones) the leading theory is that the bursts are emitted by a type of neutron star called a magnetar.

The source of FRBs are still a mystery and the nature of the objects emitting them is unknown.

Most of the signals found so far show signs of coming from “powerful astrophysical objects” deep in space, according to scientists.

That could mean the dying embers of a huge star, near the centre of a black hole, or something never before detected by humans.

At least one scientist has suggested the unusual signals could be produced by alien spaceships, though most say this is highly unlikely.

Whatever their origins, FRBs have the potential to be a new tool that we can use to understand the structure of matter in the universe.

The radio bursts were only discovered in 2007, so small even steps toward understanding their source offers big excitement for astronomers.

In other news, astronomers have spotted the Moon flashing at us “over and over”.

And, scientists have failed to find alien life in scans of 1,300 stars – but say they’re not giving up yet.

Do you think there is intelligent life out in the universe? Let us know in the comments… 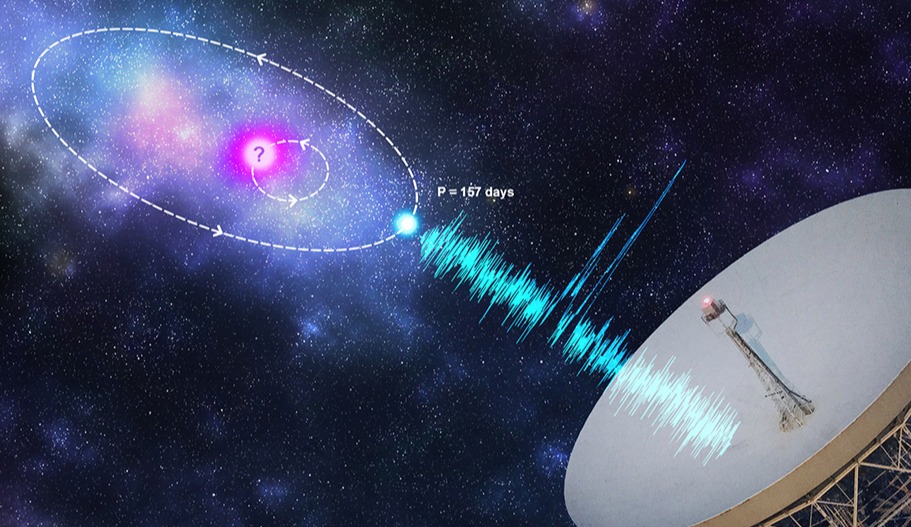 The end is Kai: Chelsea set to com...