THE MYSTERY of the missing wreckage from a 1965 Californian plane crash may finally be solved thanks to new sonar footage.

Three people died when a plane crashed into Folsom Lake 56 years ago and previous underwater searches for bodies and wreckage have been unsuccessful.

Only the body of the pilot is said to have been found.

Two men who were testing their underwater sonar technology in the lake last week claim to have discovered a wreckage at one of the deepest points.

They found the “oddly shaped object” in 160 feet of water.

Tyler Atkinson and Jeff Riley had been testing out the tech for the company Seafloor Systems.

More footage showed the turbine on the plane[/caption]

Drones and the sonar devices were helped by a drought that’s lowered water levels and given clear images of a plane shaped wreckage with a propeller and wings.

The plane was found several miles from where the accident was originally recorded.

It crashed into the lake after a mid-air collision on New Year’s day in 1965.

Searches for the bodies of the missing victims have been as recent as 2014 but resulted in no success.

Folsom Lake has a total length of about nine miles[/caption]

The new sonar tech was able to give good visibility through the salty water on the seafloor.

Although the plane does match the shape of the missing Piper Comanche 250, no aircraft number has been spotted so the discovery can’t be confirmed just yet.

No bodies have been observed on the wreckage but the investigation will continue.

Retrieval efforts could start when the water levels at the lake reduce even more.

In other news, a mysterious “metallic object” has been spotted on Google Earth by a popular YouTuber and he thinks it’s a UFO.

A mega tsunami that smashed Scotland 8,200 years ago would devastate entire towns if it happened today, according to new research.

And, a ‘lost’ village emerged from an Italian lake after 71 years under water. 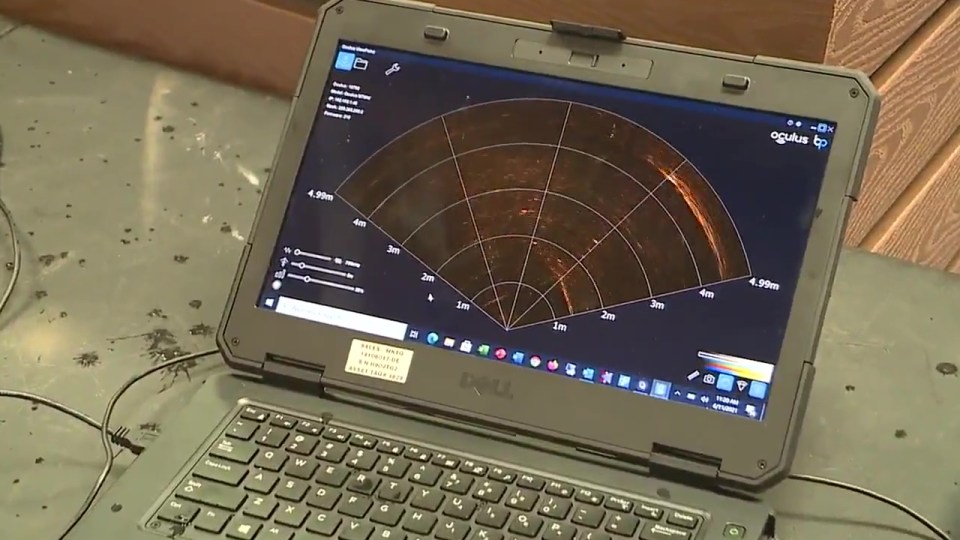 What does UAP mean and how is it d...