A PUPPY preserved in permafrost since the last ice age feasted on one of Earth’s last woolly rhinos before it met its early demise.

This is according to experts who examined the mummified pup and found an undigested piece of the ancient rhino creature in its stomach.

The discovery was made during an animal autopsy on the ice age canine.

An undigested chunk of skin with yellow fur was found in the pup’s stomach.

DNA analysis showed that this slab of flesh belonged to an ancient woolly rhinoceros.

These creatures went extinct around 14,000 years ago and that’s the same time the puppy is said to have died.

The puppy was originally discovered in Tumat, northeastern Siberia, in 2011.

Analysis suggests it was between three to nine months old when it died.

It’s unclear whether it was the offspring of a dog or a wolf.

If the puppy was a domestic dog then it is possible it was living with ancient humans, according to the researchers from Stockholm University and the Swedish Museum of Natural History.

They’ve published a study on the extinction of woolly rhinos in the journal Current Biology.

If the puppy did live with our humans ancestors then they may have killed the woolly rhino and shared the feast with their canine friend.

The researchers still haven’t worked out how the puppy died.

However, the study claims it was the warming climate that killed off the woolly rhinos.

According to Live Science, co-author of the study Edana Lord said: “The association of the extinction with the Bølling-Allerød interstadial, a very abrupt warming period [about 14,700 to 12,900 years ago], we suggest that the woolly rhinoceros went extinct due to climate change.”

In other archaeology news, an ancient burial ground containing over 1,500 bodies squashed into circular graves has been discovered in Japan.

Monkey skeletons have been dug up at a 2,000-year-old animal cemetery near the Red Sea in Egypt.

What do you think of this ancient pup discovery? Let us know in the comments… 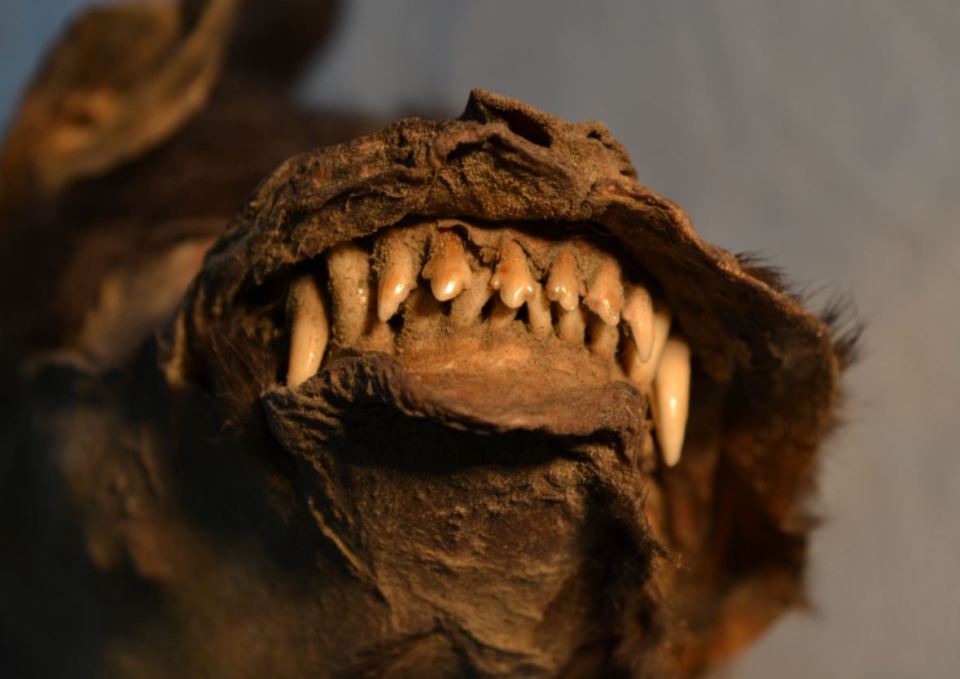 How to listen to PRIVATE conversat...