More PS5 stock WILL arrive before end of year at retailers, Sony promises

More PS5 stock WILL arrive before end of year at retailers, Sony promises

SONY has confirmed that more PS5 stock will arrive before the end of the year.

Disappointed gamers are being urged to try their luck with retailers again – in hopes of bagging a console before Christmas.

The new PS5 is in high demand[/caption]

The PlayStation 5 launch on November 12 in the US and November 19 in the UK.

But many gamers were left without a next-gen console due to rampant demand.

Retailers went out of stock across the board, but Sony has given gamers fresh hope for a Christmas miracle.

“We want to thank gamers everywhere for making the PS5 launch our biggest console launch ever,” said PlayStation.

“Demand for PS5 is unprecedented, so we wanted to confirm that more PS5 inventory will be coming to retailers before the end of the year.

“Please stay in touch with your local retailers.”

Sadly, Sony only said “before the end of the year” and not “before Christmas”, which could mean new stock arrives after the big day.

But many are hoping for new stock in early December.

Millions of gamers rushed to buy the next-gen console, which boasts 4K and even 8K graphics.

But the PS5 launch has also been plagued by another problem: scalpers.

Scheming buyers have been snapping up early PS5 stock – only to resell it online for a profit.

eBay users have been listing the console for thousands and even tens of thousands of pounds above the retail price.

The console usually sells for £449.99, but desperate gamers and parents are paying over the odds to secure a PS5 before Christmas.

In other news, check out our review of the iPhone 12 Mini.

Read our verdicts on the Xbox Series X and PS5 – if you can buy either.

And take a look at our 2020 Christmas tech gift guide. 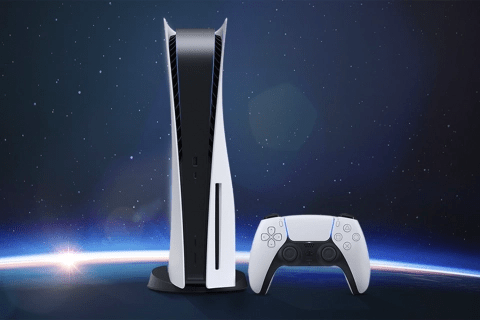 ‘Everything is at a very high leve...