PREHISTORIC insects trapped in amber for 99million years have revealed stunning details about creatures from that time period.

A recent study has been using the trapped bugs to peer into the world of ancient colours.

It’s hard for scientists to try and work out what prehistoric creatures would have looked like in detail because most fossils and bones don’t provide us with many clues.

Pan Yanhong from the Chinese Academy of Science said: “The type of colour preserved in the amber fossils is called structural colour.

“It is caused by microscopic structure of the animal’s surface.

“This mechanism is responsible for many of the colours we know from our everyday lives.”

You may have observed structural colour yourself making peacock feathers and butterfly scales look shiny.

Most of the insects are wasps.

The cuckoo wasps in the amber, the greenish looking insect in the top right corner of the above image, are remarkably similar in colour to today’s cuckoo wasps.

The researchers wrote: “The colour displayed by fossils can often be misleading because fine nanostructures responsible for coloration can be altered during fossilisation.

“However, the original colour of fossils can be reconstructed using theoretical modelling.

“The calculated reflectance peaks match the observed metallic bluish-green coloration of the mesopleuron of our studied wasp, confirming that extremely fine nanostructures can be preserved in Mesozoic amber.”

The insects were found in Burmese amber, which the researchers found was good at preserving the exoskeletons and their nanostructures.

This study has been published in Proceedings of the Royal Society B: Biological Sciences.

In other news, “monster penguins” thought to have lived in New Zealand 62 million years ago had doppelgängers roaming the US.

What do you think of these ancient insects? Let us know in the comments… 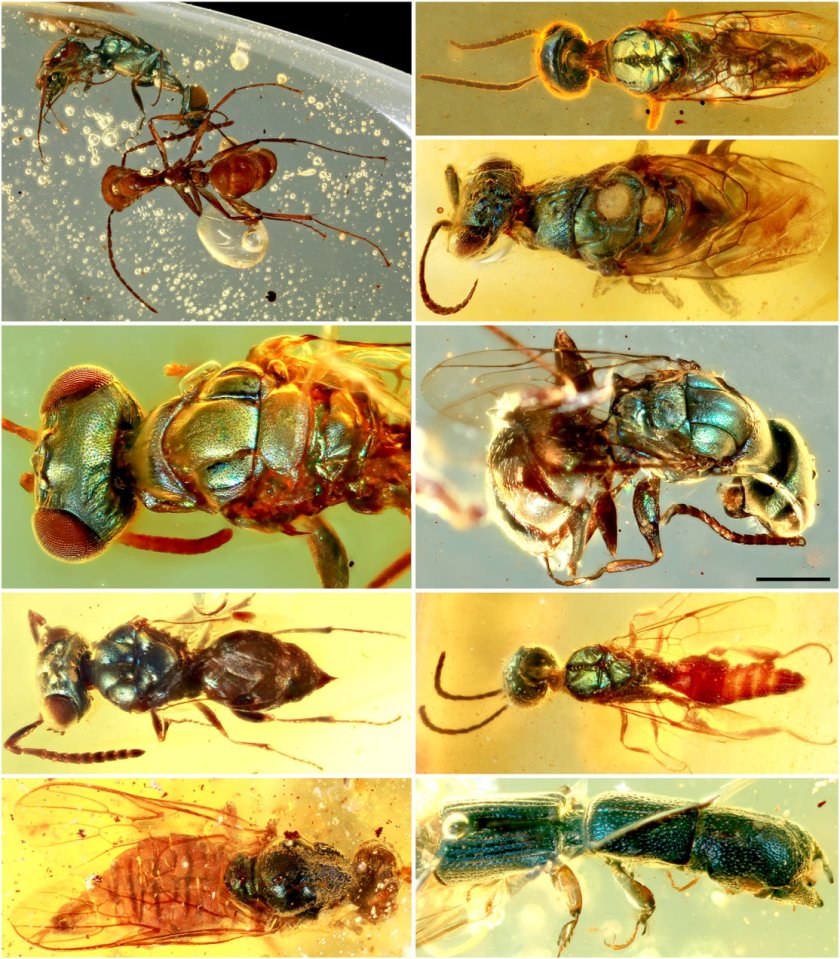 UK turns to Germany in bid to fina...