AN INCREDIBLE image of an avalanche on Mars catapulting dust across the planet’s surface has been shared online by Nasa.

Snapped by one of the space agency’s Mars satellites, the picture captures debris plunging down a 1,640-foot-tall (500-meter-tall) cliff last year.

The dramatic dust explosion was spotted by the Mars Reconnaissance Orbiter in May 2019 and shared by Nasa on Monday.

Scientists are currently celebrating the 15th anniversary of the launch of MRO, one of the oldest spacecraft at the Red Planet.

Nasa said the avalanche, captured by the MRO’s High-Resolution Imaging Science Experiment camera, was triggered by rising temperatures on Mars.

“As temperatures increase and vaporise ice, the destabilised ice blocks break loose and kick up dust,” the space agency said.

The Mars Reconnaissance Orbiter launched from the Cape Canaveral Air For Station in in Florida in August 2005.

The veteran spacecraft studies temperatures in Mars’ thin atmosphere, peers underground with radar, and detects minerals on the planet’s surface.

To date, the satellite has provided glimpses of dust devils, avalanches, and more, Nasa said.

The image shared on Monday was taken while the satellite soared over Mars’ north pole during spring. 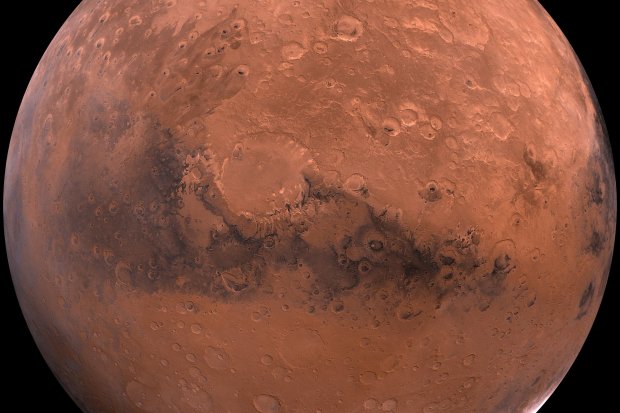 “As seasonal ice vaporised in the spring, these 1,640-foot-tall (500-meter-tall) cliffs began to crumble,” Nasa said.

“Such cliffs reveal the deep time scales on the planet, exposing the many layers of ice and dust that have settled during different eras.

“Like the rings of a tree, each layer has a story to tell scientists about how the environment was changing.”

Nasa marked the MRO’s 15th anniversary on August 12 with a blog post detailing some of its best photos.

In other news, an eerie panorama captured by Curiosity from the surface of Mars is the most detailed ever.

Nasa recently mysteriously lost control of Curiosity on the surface of Mars.

And the water that once flowed on Mars contained just the right ingredients to support life, scientists say.

What do you think of the Nasa pic? Let us know in the comments! 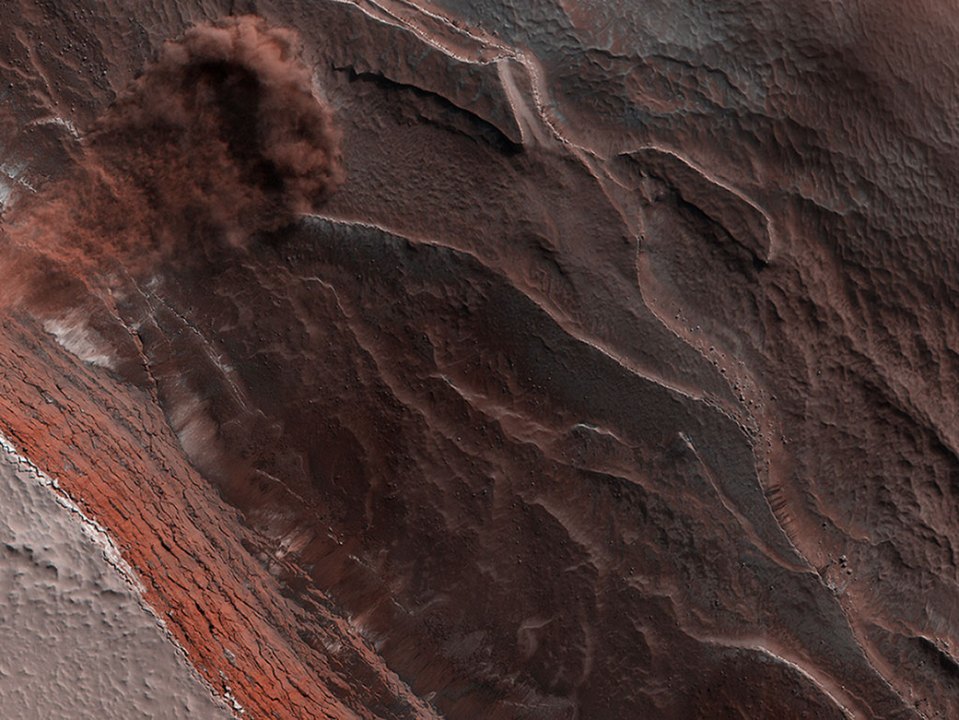 When is the next black moon in the...