DETAILS of the grave of a ‘warlord’ who may have ruled a tribe after the collapse of Roman Britain have been revealed.

The Anglo-Saxon warrior was found buried in Berkshire and could change our understanding of Britain’s past.

The burial is said to be unique[/caption]

The ‘warlord’ was buried on a hilltop with views over Thames Valley so archaeologists think he was someone special in the 6th century AD.

He is being called the ‘Marlow Warlord’ and was around 6 foot tall.

He was buried with expensive items like bronze and glass vessels.

The warrior went undiscovered for 1,400 years but metal detectorists Sue and Mick Washington came across his grave in 2018.

Sue said: “On two earlier visits I had received a large signal from this area which appeared to be deep iron and most likely not to be of interest. However, the uncertainty preyed on my mind and on my next trip I just had to investigate, and this proved to be third time lucky!”

Experts at the University of Reading got involved and unearthed the shallow grave.

Dr Gabor Thomas, a specialist in early medieval archaeology at the University of Reading, said: “We had expected to find some kind of Anglo-Saxon burial, but what we found exceeded all our expectations and provides new insights into this stretch of the Thames in the decades after the collapse of the Roman administration in Britain.

“This the first burial of its kind found in the mid-Thames basin, which is often overlooked in favour of the Upper Thames and London.

“It suggests that the people living in this region may have been more important than historians previously suspected.

“The nature of his burial and the site with views overlooking the Thames suggest he was a respected leader of a local tribe and had probably been a formidable warrior in his own right.”

Early Anglo-Saxon saw lots of immigration and a power vacuum after the collapse of the Roman administration around 400 AD.

The ‘Marlow Warlord’ lived around a century after this when England was covered in tribes.

The University of Reading and local volunteer groups excavated the warlords site further this summer.

This is when they found one of the best-preserved sheathed swords known from the period and other fancy artefacts.

Analysis of the skeleton will be carried out soon to determine age, health, diet and geographical origins.

Michael Lewis, Head of the British Museum’s Portable Antiquities Scheme, said: “This is a great example of archaeologists and metal-detectorists working together.

“Especially important is the fact that the finders stopped when they realised they had discovered something significant and called in archaeological assistance.

“By doing so they ensure much more could be learnt about this interesting burial.”

The experts are currently trying to raise money so that some of the archaeological finds can go on display at the Buckinghamshire Museum in 2021.

The Romans in Britain 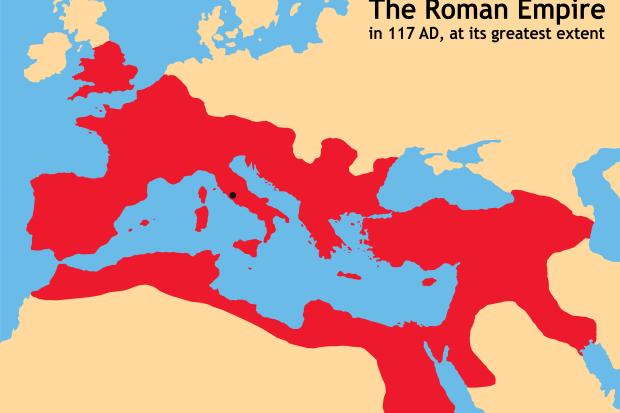 A Roman force of 40,000 led by Aulus Plautius landed in Kent and took the south east in 43 AD.

Key tribal leaders surrendered, and within three years Britain was declared part of the Roman Empire.

Londinium (London) was founded in 47 AD and became the country’s capital. Networks of roads were built across the country.

Over time, the Britons began to adopt Roman customs, such as towns, animals, a new religion and ways of reading and counting. The Romans even gave us the word “Britain”.

The Romans largely remained in the south of Britain, famously never managing to take Scotland from the country’s violent Barbarian forces.

By 410 AD, the Empire was falling apart, and Roman rule ended in Britain when soldiers were recalled to Rome to protect other parts of it.

In other archaeology news, remains of a ‘warrior woman’ have been unearthed from an ancient grave in Siberia.

What do you make of the Roman warlord discovery? Let us know in the comments… 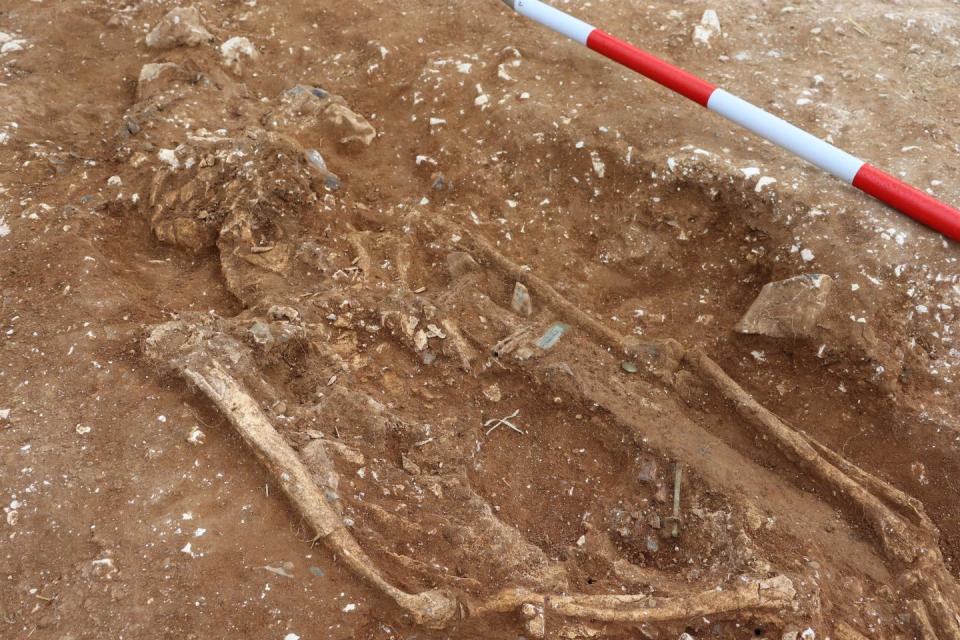