MICROSOFT has released a brand new and graphically stunning Flight Simulator game – and you can fly absolutely anywhere.

The new title lets you explore millions of cities, fly over billions of buildings, simulating the entire planet.

Microsoft’s first version of Flight Simulator launched way back in 1982.

But it’s got nothing on the mammoth scale of the new game.

The tech firm has 3D-mapped much of the world’s terrain, including trees, grass, buildings and water.

Airplanes have realistic physics, weather data is borrowed from the real-world, and there are huge draw distances of up to 600km.

You’ll have to contend with day and night cycles, and even real-world weather[/caption]

That means you can see storms from hundreds of miles away – and even spot lightning in the clouds.

According to Microsoft, there are more than 37,000 airports available to use in the Flight Simulator.

You can also explore over 2million cities, 1.5billion buildings, as well as real mountains, roads, trees and rivers.

Areas aren’t lifeless either: you’ll be able to spy traffic, and even animals.

The world is brought to life even more by the addition of day and night time.

And you’ll have to contend with live real-time weather, including accurate wind speeds and directions, temperatures, humidity, rain and lighting.

You can pilot a wide range of aircraft, from light planes to commercial jets.

And they’ll scale to your level with interactive and highlighted instruments, guidance and checklists.

You can create flight plans for anywhere on the planet, so you can even visit areas you know – like your own neighbourhood.

You can fly anywhere in the world[/caption] 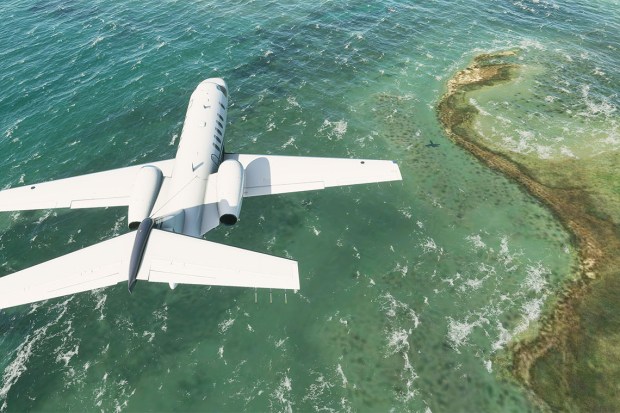 Here are Microsoft’s minimum system requirements to run the game…

The game is available to buy right now on Microsoft Windows, and will eventually come to Xbox One and Xbox Series X too.

In other news, Microsoft is expected to unveil a second new Xbox soon.

You can check your Xbox addiction over the past 10 years with the new ‘My Decade on Xbox’ tool.

And take a look at this incredible Xbox Project Oris concept console.

How to get BANNED Fortnite on iPho...

WHO warns young people with no or...