MARS is going to look big and bright in the night sky this week.

That’s because the planet is about to reach opposition, which means it’s about to line up exactly with the Sun and the Earth. 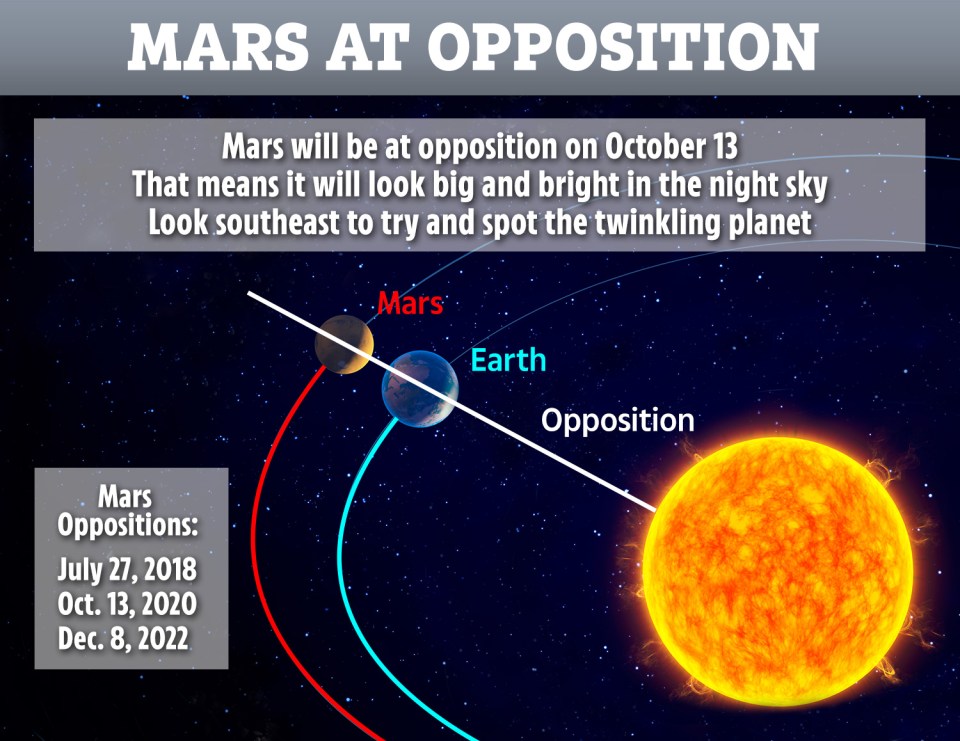 Mars will reach opposition on October 13 and you should be able to spot it in the night sky with the naked eye.

This stargazing event happens about every 2 years.

Nasa explains: “During opposition, Mars and the sun are on directly opposite sides of Earth.

“From our perspective on our spinning world, Mars rises in the east just as the sun sets in the west.

“Then, after staying up in the sky the entire night, Mars sets in the west just as the sun rises in the east.

“Since Mars and the sun appear on opposite sides of the sky, we say that Mars is in ‘opposition’.”

You should look east/southeast about an hour after sunset.

Mars will look around three times bigger than usual so if you have binoculars or a telescope you could get an even better glimpse.

Try looking from an area with limited light pollution.

You can also download a sky scanning app which can tell you exactly what you’re looking at just by holding your phone to the sky.

To the untrained eye, Mars will look like a very bright reddish star.

It will be near the constellation of Pisces.

'Everyone could have recogniz...