Close
Trending News
HomeTechLunar Eclipse 2020: How to watch July’s Buck Moon in the UK this weekend

A BUCK Moon has risen over the skies of the UK this weekend, with stargazers also treated to a partial penumbral eclipse. 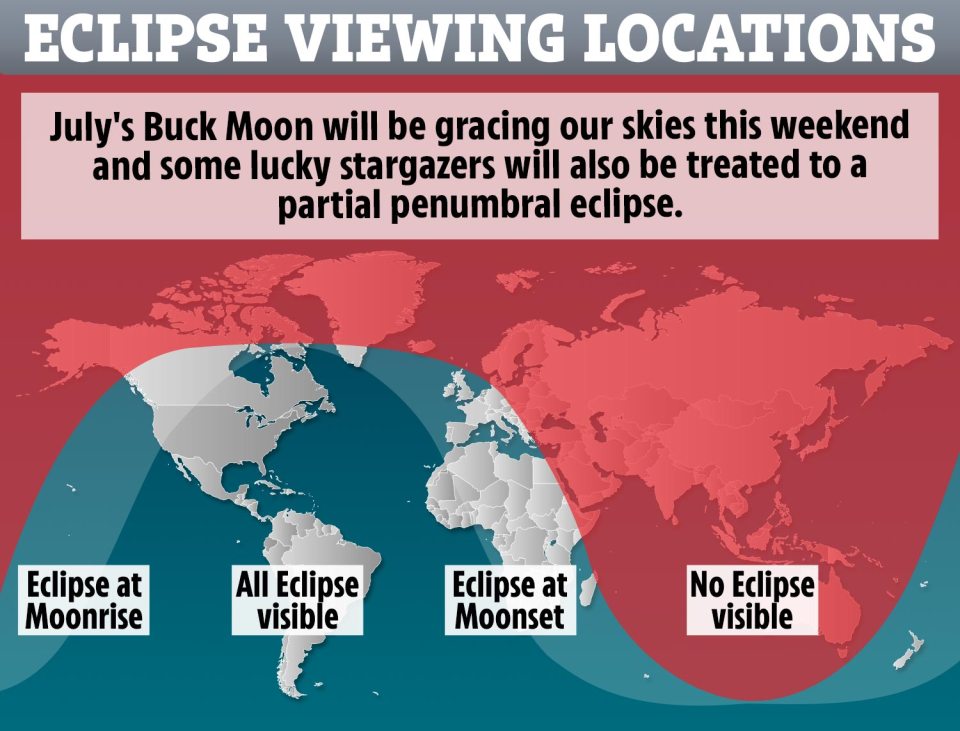 The moon rose on July 4 and is continuing to beam into July 5.

A stargazing event that fitted in nicely with Independence Day celebrations in the US.

The eclipse is visible across most of North and South America.

Parts of Europe and Africa have also been treated to the celestial phenomenon.

For example, Londoners had the best view of the eclipse at 04.41am this morning.

The best time for people in New York was reportedly 00:29am on July 5.

The Full Moon only catches a section of the Earth’s outer shadow, called the penumbra.