ONE million years of continuous rain, volcanic eruptions and climate change may have caused a long lost mass extinction event.

This is according to scientists who think the Carnian Pluvial Episode (CPE), that occurred around 233 million years ago, is being overlooked as a time of mass change for the creatures on our planet.

The extreme time period may have given rise to the dinosaurs as recent fossil evidence has suggested that a large number of plants and animals were killed off.

A study in the journal Science Advances, claims that one third of marine life at the time was also killed off.

The CPE may not have caused as much extinction as other events but the researchers think it was a very important “turnover”.

Without it, many of the animals that have evolved today may not have came to be.

Lead study author Jacopo Dal Corso told EOS: “A key feature of the CPE is that extinction was very rapidly followed by a big radiation.

“A number of groups that have a central role in today’s ecosystems appeared or diversified for the first time in the Carnian [a period around 237 to 227 million years ago].”

Study coauthor Mike Benton added that the period saw “the rise of modern reefs and plankton in the oceans and the rise of modern tetrapod groups, including frogs, lizards, turtles, crocodilians, dinosaurs, and mammals…along with some important plant groups such as conifers, and some new groups of insects.”

The researchers went as far as to call the lesser discussed time period the “dawn of the modern world”.

It’s thought the extreme weather and volcanic events at the time acidified the oceans and killed off lots of creatures while letting other ones thrive.

More research is required to support this study further and try and find out more about the time period.

The history of our planet in a nutshell…

In other archaeology news, an impressive 100 Ancient Egyptian painted coffins and 40 statues have been unearthed at the Saqqara necropolis near Cairo.

Sacrificed llama mummies have been dug up in Peru and they’re almost perfectly preserved after 500 years.

What do you think about the mass extinction research? Let us know in the comments… 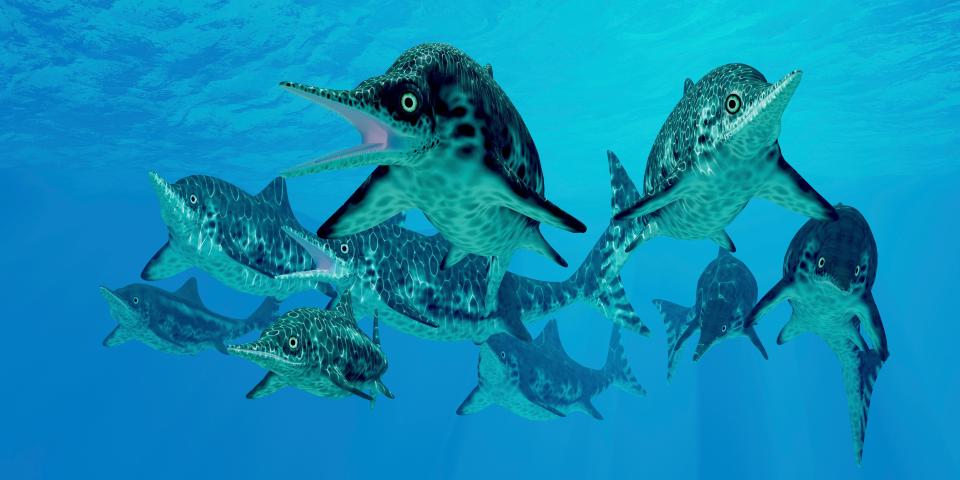 PS5 size comparison: How does new...