GET ready to stargaze tonight as the Leonid meteor shower will be lighting up the sky.

Sometimes the shower provides thousands of meteors per hour just before sunrise.

Such intense displays of thousands of Leonids meteors haven’t happened since the 1999-2001 storms though, according to Royal Museums Greenwich.

This year you’re more likely to see around 15 to 20 meteors per hour.

That’s still a fair amount of shooting stars to make a wish on.

For stargazers in the UK the peak will happen around 4am tomorrow morning but there’s still a chance of seeing some meteors in the late evening.

This is of course weather dependent as clear skies and limited light pollution are key to a good stargazing experience.

In the US, the peak time will be around 11pm ET this evening.

The Leonids can be seen anywhere on the planet except in Antarctica, as long as the sky is clear.

The shower occurs when the Earth runs into a stream of small icy debris left behind by comet Tempel-Tuttle as it moves about the Sun.

The Leonid meteors represent the fastest known shower meteors, coming in at 44 miles per second.

They are known for their bright magnitudes.

The Leonid meteor also has the ability to produce extremely long duration trains, some lasting up to several minutes if you get out your binoculars.

Try going to a dark area like the bottom of a garden or turning all the lights off in your home and looking towards the head of the Leo constellation.

This is where the meteors will appear to stem from although you can also spot them all over the sky.

If you’re not sure which direction to look then try downloading a night sky scanning app that can point you towards constellations.

Around every 33 years the Leonids are responsible for meteor ‘storms’ that result in hundreds or even thousands of shooting stars.

Back in 1833, 100,000 meteors per hour were recorded, terrifying people on Earth who thought the sky was on fire.

The next big storm shouldn’t be until the 2030s.

Here’s what you need to know, according to NASA…


What is SpaceX and who owns the aerospace manufacturer?

In other space news, space debris threatens to trap humanity on Earth.

Our Solar System used to have an extra planet that ‘escaped’, according to new research.

Will you be stargazing this evening? Let us know in the comments… 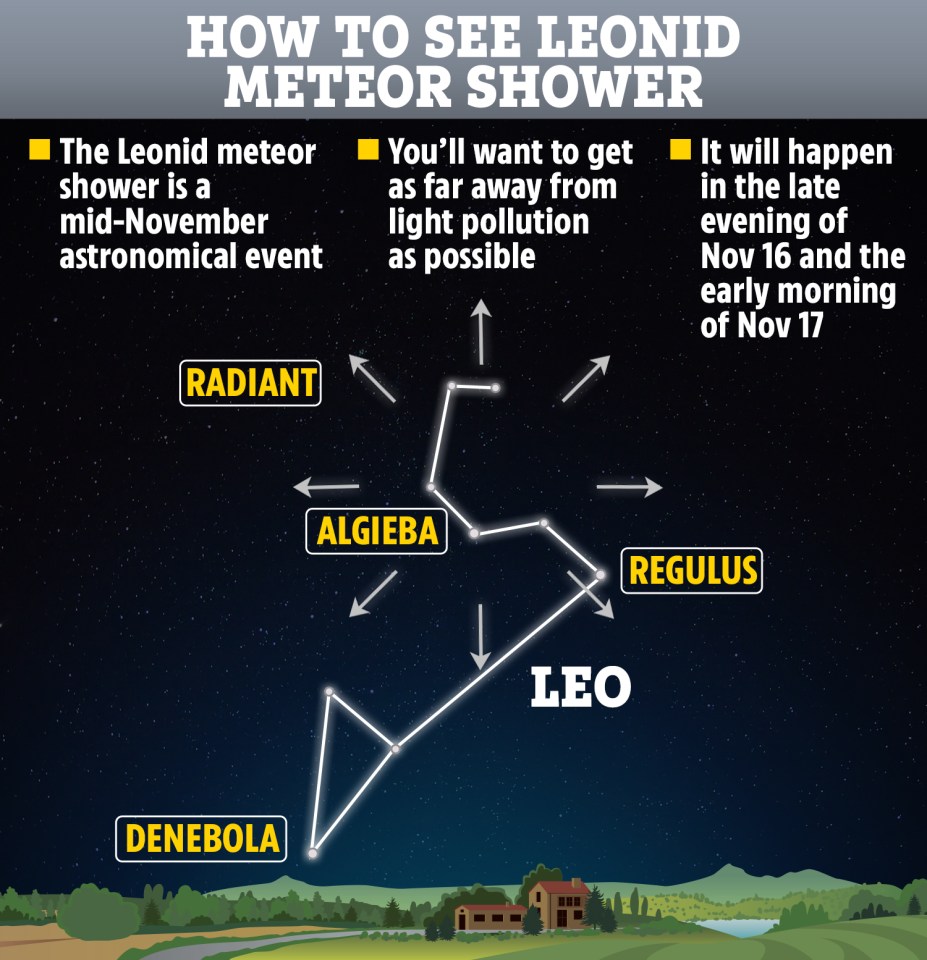