JUPITER has reached opposition and tonight is your best chance of seeing it at it’s brightest.

The fifth planet from the Sun is currently at the closest point it can get to Earth and if you have some binoculars you could even see its moons. 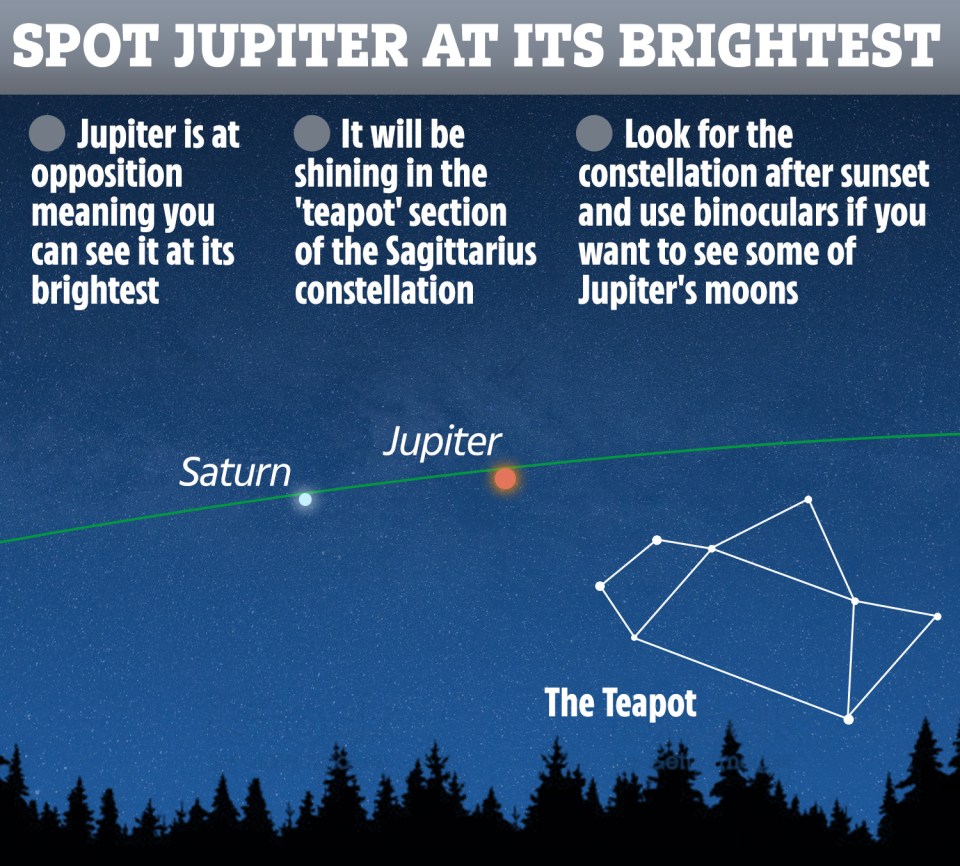 It will be shining in the ‘teapot’ section of the constellation Sagittarius.

Jupiter comes into opposition around every 13 months.

Opposition means it will be at its nearest point to Earth and in its full phase.

This year the best time to see it is tonight, July 14.

Jupiter, flanked by his fans Ganymede on the left and Europa and Callisto on the right, and his buddy Saturn come for some (very) early morning (~3:30 AM) coffee on the day Jupiter is in opposition to the Sun, and so, at its brightest! pic.twitter.com/UZQqOjh6ms

If you want to find the specific time Jupiter can be seen rising in your area then you can enter your location on In-The-Sky.org.

In London Jupiter should rise just after 21:00 GMT.

For those in New York the event should occur just after 20:30 ET.

You can watch it rise from the southeastern horizon.

There are plenty of sky scanning apps that can point you in the right direction of the Sagittarius constellation.

If you have binoculars or a telescope you should be able to see Jupiter’s four giant moons –  Io, Ganymede, Callisto and Europa.

Europa is said to have an underground ocean that could host alien life.

It’s not a rocky planet like Earth and is known as a mega-gas giant.

Nasa’s Juno space probe has been in Jupiter’s orbit since July 2016.

It took five years for the spacecraft to finally reach this destination because Jupiter is several millions of miles away.

Juno is exploring Jupiter’s atmosphere as well as trying to learn more about its giant gravitational and magnetic fields.

Nasa hopes to find out what Jupiter is made of and how much of the planet it water. 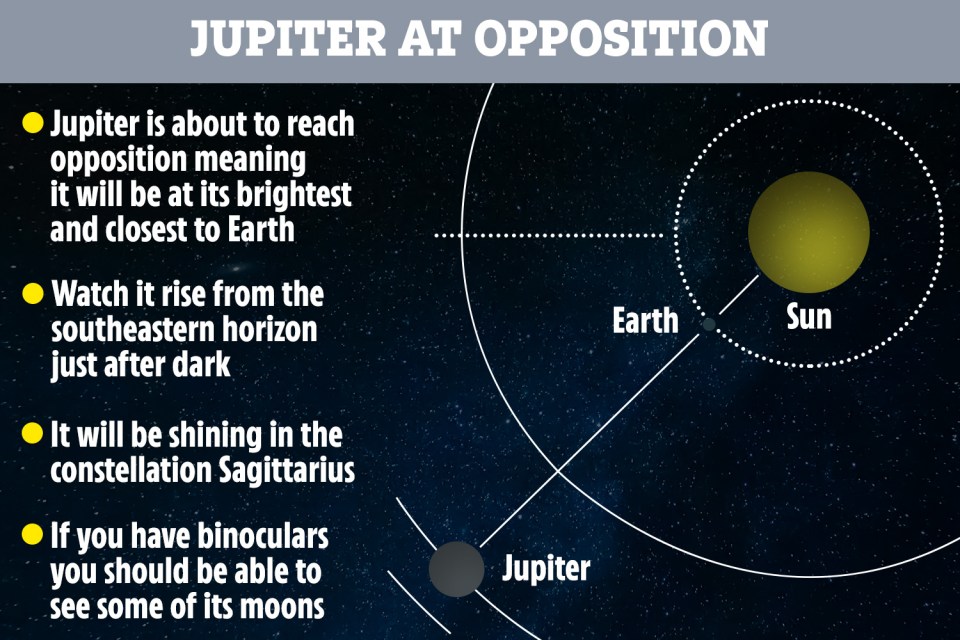 In other news, astronomers claim to have found a mysterious space structure spanning 1.4 billion light years across called the South Pole Wall.

What’s your best stargazing experience? Let us know in the comments…

Scientists zoom in on ‘ghost galax...