July 4 warning NOT to use hand sanitiser if you’re handling fireworks or sparklers, experts urge

July 4 warning NOT to use hand sanitiser if you’re handling fireworks or sparklers, experts urge

US officials have warned July 4 revellers not to use hand sanitiser when setting off sparklers or fireworks – and Brits enjoying Super Saturday should follow the same advice if pyrotechnics are involved.

The seemingly harmless practice could prove deadly when celebrations begin tomorrow because the hygiene products contain alcohol, which is highly flammable.

Speaking to CNN, Maureen Vogel, a National Safety Council spokesperson, explained: “Alcohol and fire do not mix,” she said.

Amid the coronavirus pandemic, many people have been using hand sanitiser to protect themselves from infection.

The hygiene gels are typically between 60 and 70 per cent alcohol, the main ingredient that fights off bacteria and viruses.

However, because alcohol is flammable, anyone handling fireworks should avoid using hand sanitiser beforehand.

Even sparklers pose a major risk, as they burn at close to 2,000 degrees Fahrenheit (1,093 degrees Celsius), according to the Consumer Product Safety Commission (CPSC), making them an easy ignition source.

It’s possible the pyrotechnics could set the gel alight, causing a serious burn.

Maureen suggested that anyone handling fireworks on July 4 should wash their hands with soap and water.

Alongside Independence Day celebrations kicking off tomorrow, Brits are also expected to be out in force with the easing of lockdown restrictions on pubs and restaurants on what’s been coined “Super Saturday”.

“Combining flammable items is always a bad idea,” she added.

“Keep hand sanitiser away from the fireworks area.”

Hand sanitiser is still important, however, so those standing well back from a display should continue using it as necessary.

Independence Day is an annual holiday in which Americans celebrate independence from the British Empire.

It is a federal holiday in the United States commemorating the adoption of the Declaration of Independence on July 4, 1776.

Firework displays are held in every major city and the White House also puts on its own show on the South Lawn.

More than 7,000 US citizens reported injuries over the course of July 4 celebrations last year, according to the US Consumer Product Safety Commission (USCPS).

More than half of injuries related to fireworks are for burns.

Maureen’s advice was mirrored by US firefighters.

The Greensboro Fire Department in North Carolina advised: “Keep in mind, if you are using consumer fireworks this year, DO NOT USE HAND SANITIZER AT THE SAME TIME!

“Wash your hands only with soap and water. Hand Sanitizer is flammable!!” 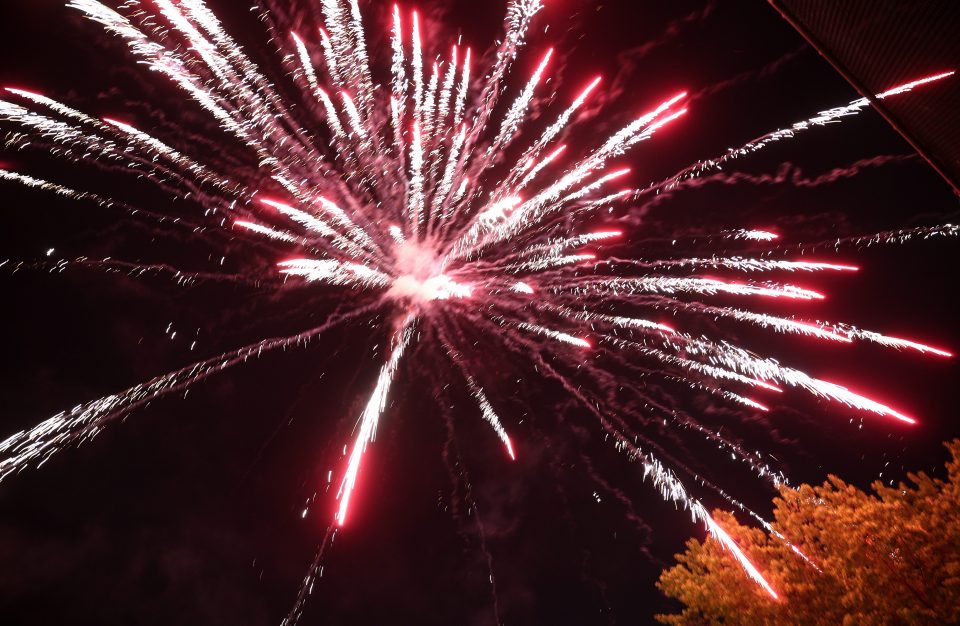