TENSIONS surrounding the International Space Station are rising as Nasa struggles to find the source of an air leak in the orbiting lab.

The cabin breach was first reported last week and forced the station’s three crew members to evacuate Nasa’s segment of the spacecraft while the agency investigated.

Astronauts Chris Cassidy and cosmonauts Ivan Vagner and Anatoly Ivanishin were told they would spend the weekend in the craft’s Russian quarters but were still there on Tuesday morning.

Nasa said in a statement that the crew were not thought to be in danger and that a small amount of air leakage was normal.

It follows a now-infamous incident two years ago in which a hole discovered on the International Space Station (ISS) was found to have been drilled from inside the spacecraft.

“All of the orbiting lab’s hatches will remain closed until Tuesday morning to give ground specialists additional time to collect data and monitor pressure readings in each module,” Nasa said in its Tuesday statement.

“The rate is still well within segment specifications and presents no danger to the crew or the space station.”

Nasa announced last week that it had first spotted signs of the newly disclosed air leak in September 2019.

“The station’s atmosphere is maintained at pressure comfortable for the crew members,” the space agency said.

“A tiny bit of that air leaks over time, requiring routine repressurisation from nitrogen tanks delivered on cargo resupply missions.”

The amount of air escaping each day, however, has “slightly increased”, according to Nasa.

The crew shut the station’s hatches over the weekend to monitor air pressure and find the source of the leak.

“The teams are working on a plan to isolate, identify, and potentially repair the source,” the space agency said.

Hatches remained closed until Tuesday morning for additional investigative work. As of Wednesday, Nasa has not commented further on the issue.

Nasa expects some kind of answer to the issue by the end of this week.

Nasa and Russian space agency Roscosmos have stressed that neither the crew nor the space station are believed to be in jeopardy.

The last major air leak on the station was discovered two years ago and sparked a rare public war of words between Nasa and Roscosmos.

A drop in pressure led to the identification of a hole in a Russian Soyuz capsule attached to the orbital station overnight on August 30, 2018.

The station crew quickly patched the breach by plugging it with strong glue and gauze.

Initially it was thought the damage could have been caused by a micrometeorite piercing the spacecraft.

But in September 2018 a space source speaking to Russia’s official Tass news agency claimed that signs of drilling had been found around the hole.

He said the hole was made by a drill, either while the capsule was on Earth or in space, by someone with a “wavering hand”.

Nasa then issued a counter statement arguing that ruling out defects “does not necessarily mean the hole was created intentionally or with mal-intent”.

Then-ISS commander Alexander Gerst later confirmed the hole was the result of a faulty repair job that was inadequately performed by mechanics on the ground.

A formal Russian investigation concluded in September 2019 but the results are top-secret, with even Nasa boss Jim Bridenstine expressing frustration at being kept out of the loop.

In other news, Nasa engineer Christina Koch recently took a stunning snap of the transition from day to night from the ISS.

A Nasa timelapse video also revealed an astronaut’s view as the ISS soars over Earth.

And Nasa plans to send “living human organs” on micro-chips to the ISS as part of a series of medical tests.

Do you think you’ll ever get to travel into space? Let us know in the comments! 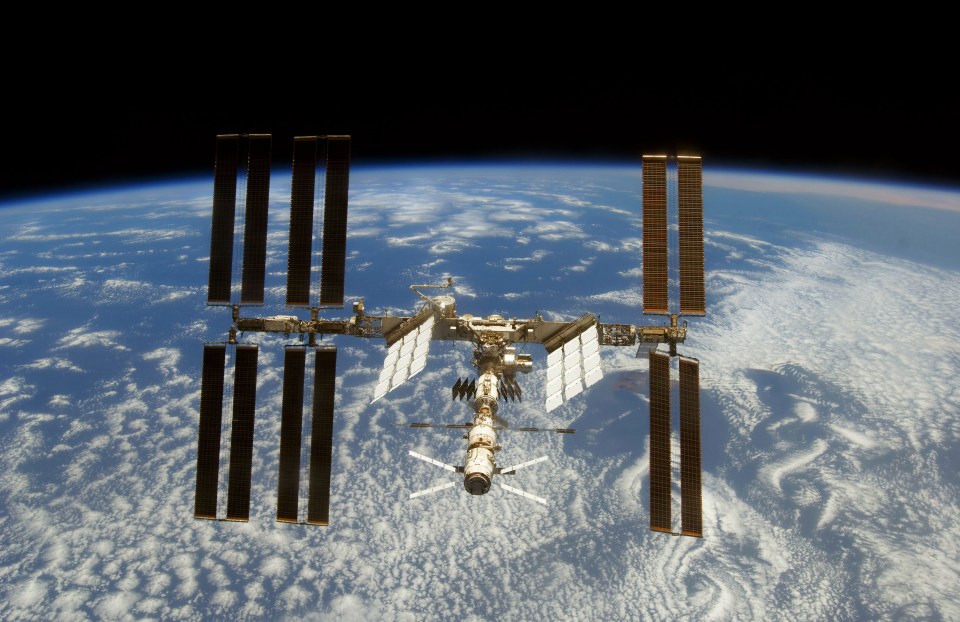