A HUGE comet fizzing past Earth has been captured in dramatic footage recorded from the International Space Station.

Posted to social media on Tuesday, the timelapse video shows the icy object Neowise trailed by its dazzling white tail.

Viewers may be forgiven for thinking the comet is heading towards Earth in the clip, but this is just a trick of the eye.

In fact, Neowise is currently soaring past Earth in a flyby that is expected to last all week and lead to bright sightings from Earth and the ISS.

The video was captured on July 5 from one of the space station’s many external cameras, and posted online by citizen scientist Seán Doran.

Footage and photos from the ISS are available for free online, allowing anyone to download and edit them.

“When you wish upon a falling star…” Comet Neowise was pictured from the station on July 5 as it orbited above the Mediterranean Sea. https://t.co/KqCk1xlCUG pic.twitter.com/vR6MNvwuh1

His edit shows Earth spinning below the ISS before Neowise rises from beyond the horizon.

These appear when sunlight shines off of ice particles in the upper atmosphere during astronomical twilight.

It will come within 103million km of Earth – about four times further from our planet than the Moon – during its closest approach on July 23.

The comet should be visible from the northern hemisphere this month, which includes the UK and the US.

It’s currently said to be visible from mid-northern latitudes just before sunrise and after sunset.

Right now, Neowise is moving westwards from the constellation of Auriga. By mid-July it will have moved into Lynx and should be visible all night.

They include Night Sky on iOS and SkySafari on Android. 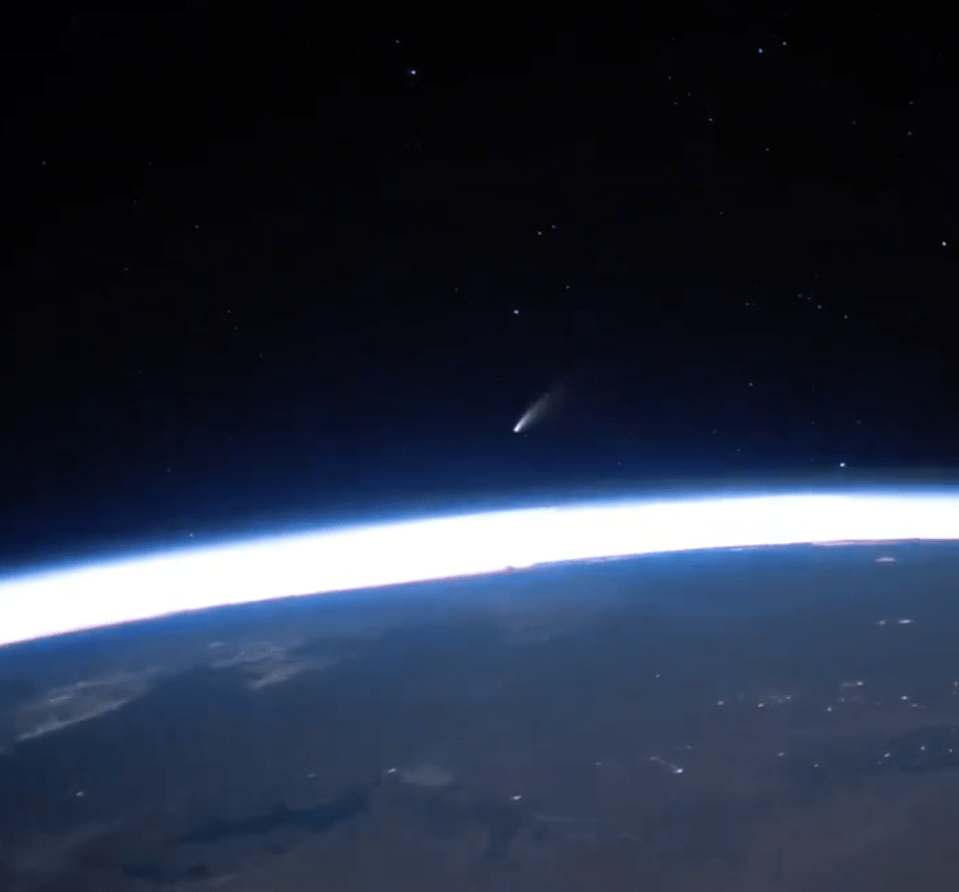 All of the Pokemon games in or...

All of the Pokemon games in order: From Red & Yellow to Sword and Shield

‘We don’t know what the rules should be’: Cyclist who became woman predicts transgender decisions ‘won’t be done’ by 2024 Olympics

Funds investing in Russia raise $130 million in one week