Close
Trending News
HomeTechiPhones with banned Fortnite game on sale for up to $10,000 on eBay

iPhones with banned Fortnite game on sale for up to $10,000 on eBay

iPhones with banned Fortnite game on sale for up to $10,000 on eBay

DOZENS of high-priced listings for iPhones with banned video game Fortnite are turning up on eBay.

Many of the listings cost thousands of pounds – with the highest coming in at $10,000.

It follows last week’s shock Fortnite ban by Apple and Google, which saw the game removed from sale on the iPhone’s App Store and Android’s Play Store.

This means that it’s impossible to download Fortnite through those app stores.

Selling a handset with Fortnite installed might seem like a good idea, but it’s actually very risky.

That means whoever you sell the iPhone to will have access to your account, files and more.

Buying a handset with Fortnite installed is similarly dangerous.

Apple and Google cited a direct payment feature rolled out on the Fortnite app on Thursday as the violation.

The California firms have come under fire in recent years for operating alleged “monopolies” in which they stifle competition and take colossal cuts on sales made through their app stores. 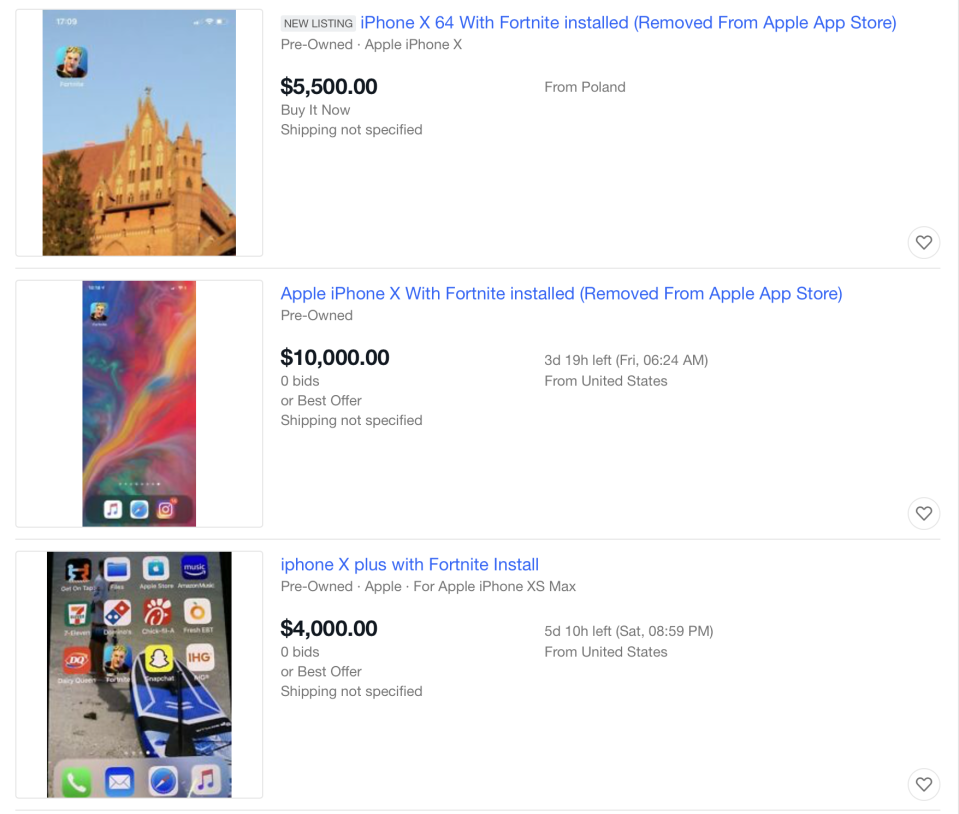