THE iPhone SE has been well-received by smartphone users – an affordable Apple device with a premium feel and good performance.

Without doubt iPhone SE Black Friday deals will be shopping lists this November, so we’re rounding up the best offers out there.

*Remember, just because an item is in the sale, it doesn’t mean you can’t find the same product, or similar, elsewhere. Always shop around to make sure you’re getting the best price.

Will there be any SIM-free iPhone SE Black Friday deals?

We’d expect there will be some decent SIM-free iPhone SE deals around Black Friday.

At the time of writing, the best price on the iPhone SE is £399 at Currys PC World and at Amazon, but that price may go down closer to, or on, Black Friday itself.

Will the iPhone SE be the best cheap iphone you can buy on Black Friday?

It seems likely the iPhone SE will be the best cheap iPhone you can buy on Black Friday.

The SE is effectively an upgrade of the iPhone 8 with a faster processor and a better camera.

You could save yourself a few quid and buy an iPhone 8, especially if it’s renewed/refurbished, but as a balance of features to cost, the SE is a decent upgrade on the 8 and shouldn’t be that much more expensive.

When did the iphone SE come out?

This year Black Friday falls on Friday November 27. It is always the day after the American holiday, Thanksgiving. Thanksgiving always falls on the fourth Thursday of November.

Sales of tech devices, specifically smartphones, started a couple of weeks before the date last year. So we could see some iPhone SE deals before Black Friday even arrives.

Although not impossible, Apple itself is unlikely to offer much in the way of discounts – the iPhone SE is already fairly affordable and highly sought after.

But we expect plenty of mobile retailers will be looking to offer the best iPhone SE Black Friday deals possible.

After Black Friday, the sales continue.

You’ll find discounts through the Cyber Weekend and Cyber Monday, which is on Monday, November 30, this year.

Mobile retailers tend to keep sales on through the weekend and Cyber Monday, and occasionally, there are new discounts announced just for Cyber Monday itself.

Who has the best iPhone deals on Black Friday?

While Amazon tends to offer competitive SIM-free prices, the likes of Carphone Warehouse, Mobiles.co.uk, Affordable Mobiles and Fonehouse are options for contract deals.

For more affordable iPhone SE Black Friday deals, the likes of E2Save and IDMobile are also worth keeping an eye on.

iPhone SE Black Friday 2020 deals to look out for

It is hard to know how retailers will approach the iPhone SE this Black Friday. While there will likely be good deals, the phone was only released this year so knowing what may be offered isn’t easy.

The best deals right now offer 15-30GB monthly data allowances at around £25 a month. Upfront costs vary, but deals no upfront cost will likely be sought after. Right now if the total contract cost is below £650, it’s a great deal.

Alternatively, if you’re looking for a SIM-free iPhone SE, Black Friday should offer a decent discount on the standard price of £419.

The short answer is yes. If you are after a new iPhone, but don’t want to spend more than £600, then the punchy and affordable iPhone SE is the best option.

That’s also true if you want to save on your monthly outgoings with a contract deal.

The SE offers a compact but high-quality 4.7-inch display, uses the latest A13 bionic processor, is splash water and dust-resistant – and it offers a capable camera set-up.

IT might be tempting to dive in and snap up LOADS of items on Black Friday and Cyber Monday, but here’s how you can guarantee you’re getting a good deal.

PREPARE Research the items you want to buy and find out the cheapest price. Websites like PriceSpy, PriceHistory and CamelCamelCamel will give you historical data on prices so you can see how much you should pay.

CHECK FOR CODES Take a look at The Sun Vouchers, and see if you can get extra savings with discount codes.


Black Friday 2020: Is Asda taking part and what deals do they have?

If you prefer Android, we’ve also rounded up the best Samsung Galaxy deals you can find.

And if you want to upgrade your broadband, we’ve picked out the best broadband providers in the UK. 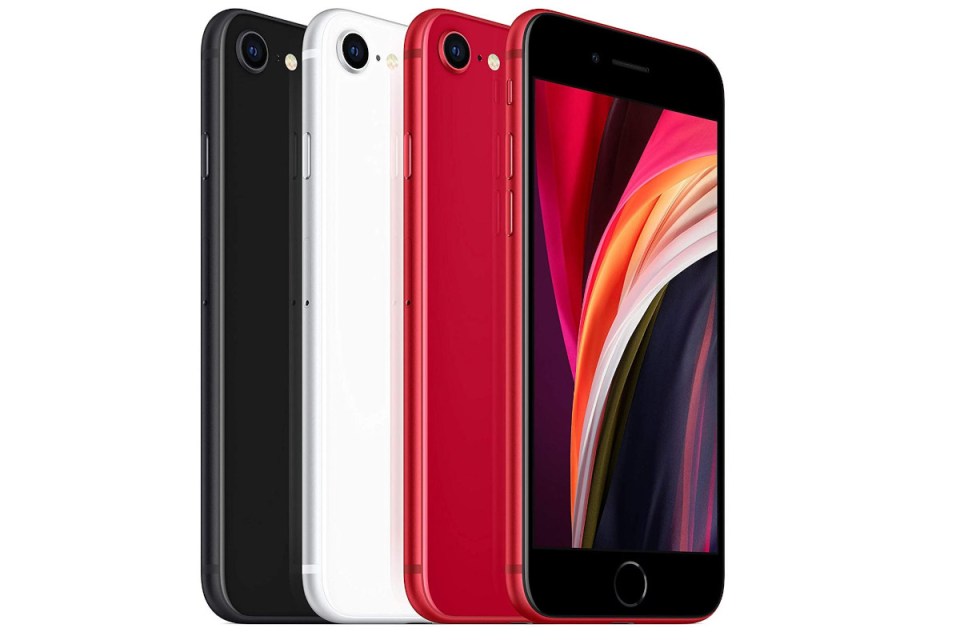