FORTNITE’S massive new update has arrived today – but it won’t be coming to iPhone or iPad.

It means Fortnite is effectively splitting into two for the first time ever.

Apple has banned Fortnite from the App Store after Epic Games tried to dodge the iPhone maker’s 30% cut.

Now no new gamers can install Fortnite on an iPhone, and people who have the app can’t update it.

Gamers on PS4, Xbox One, Nintendo Switch, PC and Android will all get the new version of the game.

Read our Fortnite news live blog for all the very latest information.

And like before, they’ll be able to use cross-play to battle with each other across consoles and PC.

But iPhone owners will be booted out of this system.

This means they’ll be stuck playing with each other, massively cutting the number of players they can battle against.

And it means they won’t get any of the new goodies coming in Fortnite Chapter 2 Season 4.

Epic Games had added in loads of iconic superheroes from the Marvel universe.

Top names include Iron Man and Thor (of The Avengers fame), as well as Groot from Guardians of the Galaxy.

Other major characters landing in Fortnite include Storm, Mystique, Doctor Doom and She-Hulk – lesser-known but longstanding and popular Marvel creations.

And we can even expect to see a surprise debut by Wolverine later in the season, but details are light so far.

Fortnite is waging a PR war against Apple[/caption]

There are huge changes to the map, new weapons to enjoy, and an entire season of updates to come.

But iPhone owners will miss all of this.

Epic Games tried to overturn the game’s ban on iPhones and iPads – but was denied in courts.

Epic Games will now have to comply with the App Store rules, or live with Fortnite being permanently banned from the iPhone.

As part of an ongoing PR war, Epic Games recently held a #FreeFortnite tournament with “anti-Apple” prizes – including Samsung gadgets.

Apple and rival tech giant Google have come under fire in recent years for operating alleged “monopolies” in which they stifle competition and take colossal cuts on sales made through their app stores. 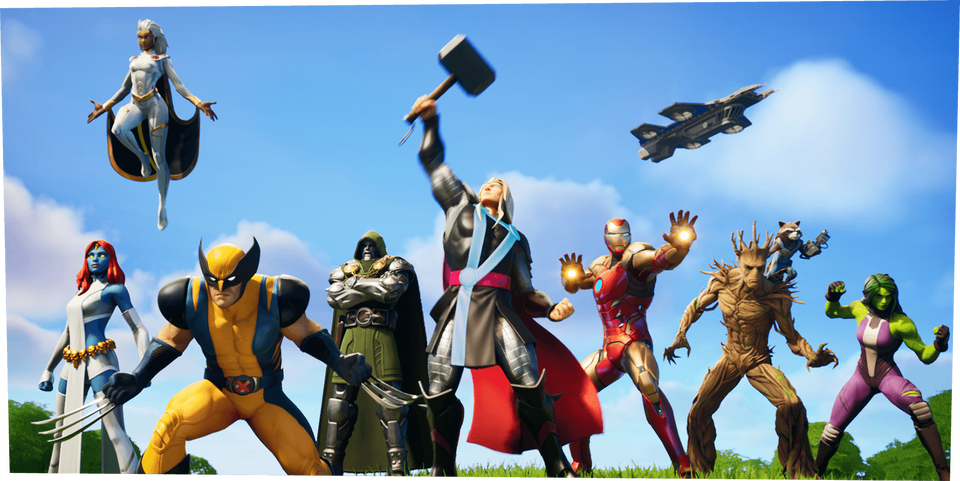 You can see Jupiter AND Saturn nex...