APPLE on Tuesday confirmed that it would no longer ship a power adapter in the box of its iPhones in a bid to cut its environmental footprint.

The white wall plug will have come in the box of every Apple mobile for 13 years until the release of the iPhone 12 series next week.

But does that mean you’ll have to buy a new power adapter, or will your old one work just fine if you upgrade?

According to Apple, the entire iPhone 12 range won’t come with a power adapter (that’s the bit that plugs into your wall) in the box.

The phones will still come with a USB type-C charging cable, however, which you can connect to a laptop or your own power adapter.

Will I have to buy a new iPhone charger for the iPhone 12?

Whether or not you’ll need to buy a new power adapter depends on what you have lying around the house.

As mentioned above, the iPhone 12 series will come with a USB-C power adapter.

Type-C is a smaller kind of USB connector found on most modern laptops, including every Macbook released in the past few years.

The trouble is, iPhone adapters until now have been USB type-A, meaning the one you got with your last Apple mobile won’t fit the iPhone 12’s cable.

What this means is, unless you have a laptop with a USB-C port – or a random USB-C adapter lying around – you’ll likely need to buy a new adapter to charge any of the iPhone 12 series.

That may seem a bit of a cheeky move, but Apple actually reduced the price of its USB-C adapters in the wake of Tuesday’s announcement.

Why does the iPhone 12 come with no charger in the box?

Apple’s Lisa Jackson speaks from the solar panel-clad roof of Apple Park during the US company’s ‘Hi, Speed’ virtual event[/caption]

Apple confirmed on October 13 that the next iPhone will be the first to drop the charging plug and headphones from the box.

The company’s white wall plug and wired Earpods have been bundled with every iPhone since 2007, but they’ll now be sold separately.

Apple made the announcement during the unveiling of four new iPhones at its “Hi, Speed” virtual event on Tuesday.

Speaking during the showcase, hosted at Apple Park in California, Apple’s Lisa Jackson said that more than 700million pairs of Earpods and 2billion Apple power adapters were in circulation around the world.

“And that’s not counting the billions of third party adapters,”added Jackson, who is VP of Environment, Policy and Social Initiatives at Apple.

Apple said the move will help it reduce the size of the iPhone 12’s box, helping it to reduce its carbon emissions[/caption]

“We’re removing these items from the iPhone box,” Jackson said. “Which reduces carbon emissions and avoids the mining and use of precious materials.”

Jackson said the removal of these items allows for a slimmer and lighter iPhone box, meaning Apple can fit up to 70 per cent more products on a shipping pallet.

This will also help reduce carbon emissions, she added.

The move is part of Apple’s commitment to having net zero carbon impact by 2030.

That means reducing a lot of its waste and changing what materials it uses.

The iPhones 12 series make up the latest and greatest smartphones from Apple, and are the US tech titan’s first to come with 5G connectivity.

They were unveiled during a virtual event on October 13 recorded from Apple’s space age headquarters in Cupertino, California.

In total, Apple announced four new mobiles, with a range of specs and sizes on offer.

The mobiles’ release dates are split. The iPhone 12 and iPhone 12 Pro are out October 23 while the Mini and 12 Pro Max launch on November 13.

For the purposes of this comparison, we’ll be stacking the S20 against the iPhone 12 and iPhone 12 Pro, as they come closest in terms of their pricing. 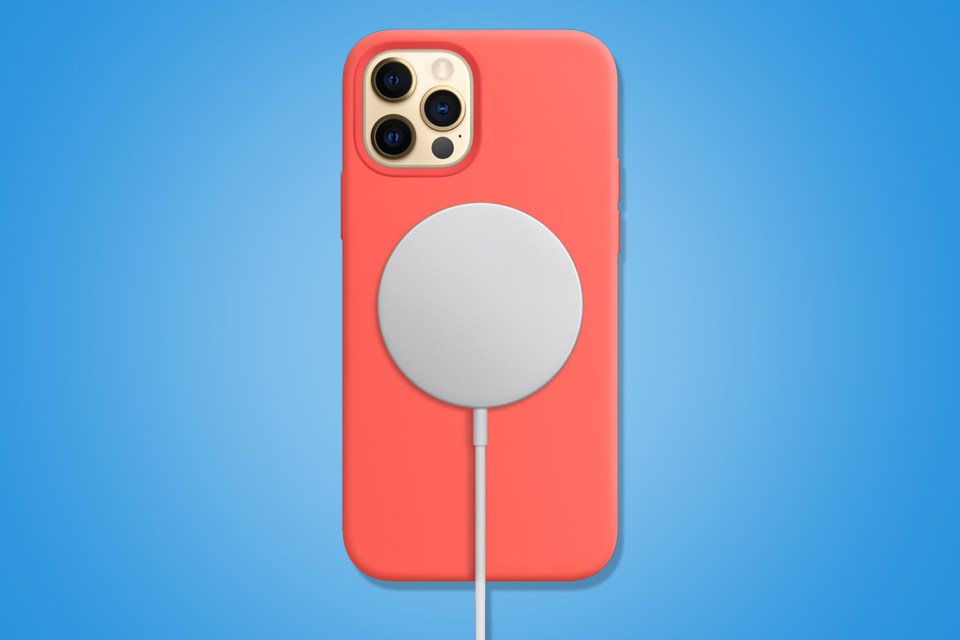