INSTAGRAM is rolling out a “Suggested Posts” feature that could keep you on your feed for longer.

From today, users will start seeing posts on their main feed from accounts they don’t follow.

Suggested posts will extend the new content on your feed[/caption]

The Suggested Posts section will show up when you’ve reached the end of all the new content of the accounts you follow from the past two days.

It will give you the option to keep scrolling past the “You’re All Caught Up” banner.

Alternatively, you can still click to “View Older Posts”.

You may think Suggested Posts sounds very similar to the Explore page but there’s a difference.

Suggested Posts will be directly related to content that is already being followed.

The section will include adverts but no Reels or IGTV videos.

Lengthening feeds will give Instagram more advertising space and will also make it a bit more similar to TikTok in the sense that users could see continuous content.

According to The Verge, Julian Gutman, head of product at Instagram Home, said: “I think for us this really came from a vision a couple years ago around people really seeing feed as a place for their interests, and with the improvement in machine learning and our ability to kind of make it easier for you to see some more of those posts that are on Instagram every day, and really bring that personalized relevance to you.

“So we just want to make it really easy for people to see that [relevant content] when they get to the end of their feed.

“That’s really the motivation here, make it easier for you to go deeper on your interest.”

In other news, Facebook has been branded a “danger to public health” as a shock report reveals staggering failure to crack down on fake news.

Facebook’s messenger has started to merge with Instagram chat.

And, Instagram was caught keeping deleted photos and messages on its systems for more than a year after deletion.

How often do you use Instagram? Let us know in the comments… 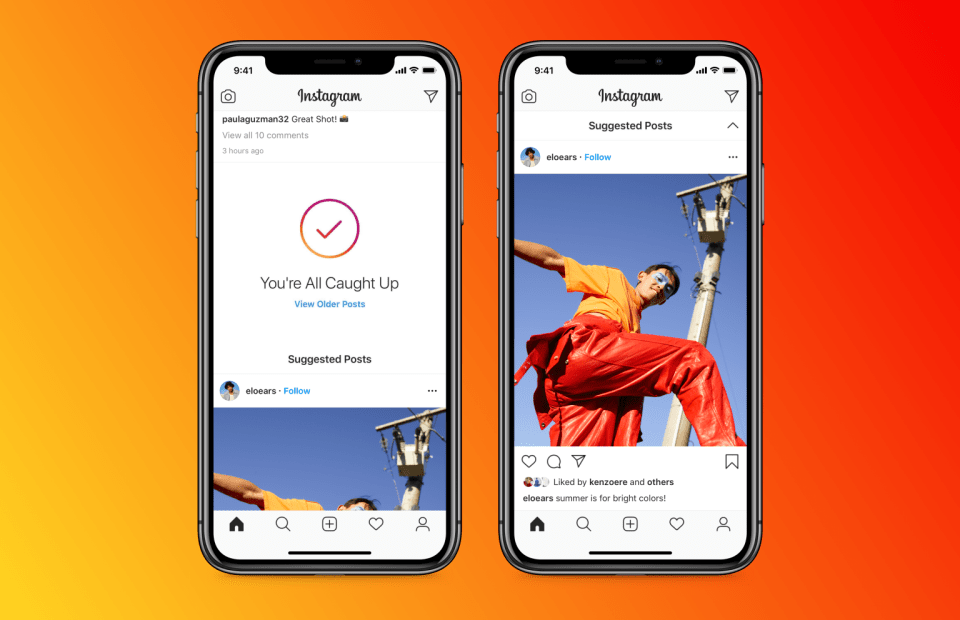