BABIES are being born without wisdom teeth as humans evolve faster than at any time in the past 250 years, says a new study.

Shorter faces, extra leg and foot bones and a new artery in the forearm are also signs our bodies are changing.

Humans are evolving faster than at any time in the past 250 years, a report claims[/caption]

Australian scientists say the human race is now experiencing a “microevolution” where changes happen over a shorter period of time.

“But our study shows we are still evolving – faster than at any point in the past 250 years.”

The Australian team found an artery in the forearm, that used to disappear after birth, has become increasingly prevalent since the 19th century.

Dr Lucas said: “This evolutionary trend will continue in those born 80 years from today, with the median artery common in humans as a result of natural selection.”

On the other hand, wisdom teeth are disappearing – while people are sprouting more joints in the feet.

The findings reported in the Journal of Anatomy show our species continues to develop in unique ways.

Dr Lucas, of Flinders University, Adelaide, added: “The artery in the forearm is a perfect example. Those born later are more likely to retain it than those born earlier on.”

It is the main vessel that supplies blood to the hand when first formed in the mother’s womb.

It would vanish once the distinctive radial and ulna arteries seen in adults had grown.

But one in three now retain it for their whole life – in addition to the others.

It poses no health risk – and even offers benefits by boosting blood supply.

It can also be used as a replacement in surgical procedures in other parts of the body.

Dr Lucas said: “Since the 18th century, anatomists have been studying the prevalence of this artery in adults and our study shows it is clearly increasing.

“If this trend continues, a majority of people will have median artery of the forearm by 2100.”

The researchers investigated the rate of retainment in each generation by analysing published records and dissecting cadavers from individuals born in the 20th century.

“The median artery is a perfect example of how we are still evolving because people born more recently have a higher prevalence of this artery when compared to humans from previous generations.”

Other examples of human anatomy changing over time include the increasing absence of wisdom teeth.

Dr Lucas said: “As our faces are getting alot shorter there is not as much room for teeth because of smaller jaws.

“This is happening in time as we have learnt to use fire and process foods more. Alot of people are just being born without wisdom teeth.”

The study also identified more cases of spina bifida occulta – an opening of the sacral canal which is the bone at the base of the spine.

Dr Lucas added: “We are also finding alot of people have extra joints in the feet – abnormal connections between two or more bones.

“There are also more being born with a small bone at the back of the knee called the fabella. None of these things can harm you.”

At the start of the millennium, the widely held belief human evolution halted before the reign of the pharoahs.

But recent research has suggested genetic change has occurred 100 times quicker in the past 5,000 years than any other period. 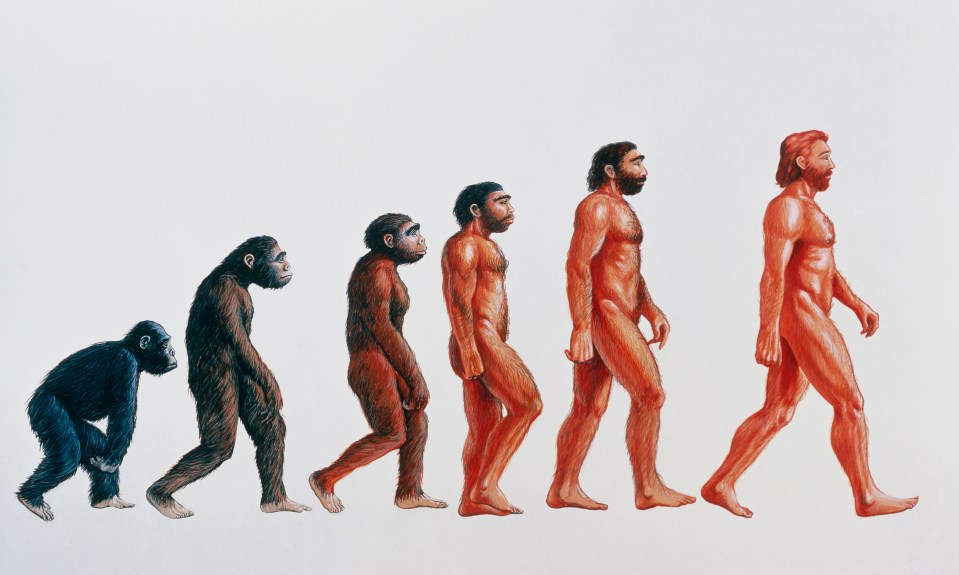 Seoul to probe how whereabouts of...