FORTNITE has announced an anti-Apple tournament where you can win gadgets from rival tech firms.

It’s the latest jab in an ongoing brawl between the two firms that began after Apple banned Fortnite for breaching its rules.

Fortnite has launched an anti-Apple tournament[/caption]

Last week, Apple deleted Fortnite from its App Store after the game maker tried to dodge the iPhone maker’s 30% cut.

Both firms are now embroiled in a legal dispute, and Fortnite is making a PR bid for fans with a new #FreeFortnite tournament.

“If you’re left behind on iOS after the Chapter 2 – Season 4 launch, the party continues on PS4, Xbox One, Nintendo Switch, PC, Mac, GeForce Now, and through both the Epic Games app and the Samsung Galaxy Store,” wrote Epic Games, the creator of Fortnite.

“Join the fight against App Store on social with #FreeFortnite.

You can bag a #FreeFortnite cap if you’re one of the top 20,000 scoring players – riffing on classic Apple logo designs[/caption]

“All of your friends. Awesome prizes. And one bad apple. We’re dropping the #FreeFortnite Cup.”

You can find the tournament in-game at different times in various regions.

For four hours, you’ll have the opportunity to win prizes.

You get 1 point for every three minutes on the BR island, plus 1 point per elimination.

You’ll also get 10 points for each Victory Royale.

The prizes are all devices not linked to Apple:

The tournament begins on Sunday, August 23.

It follows last week’s shock Fortnite ban by Apple and Google, which saw the game removed from sale on the iPhone’s App Store and Android’s Play Store.

Apple and Google cited a direct payment feature rolled out on the Fortnite app on Thursday as the violation.

The California firms have come under fire in recent years for operating alleged “monopolies” in which they stifle competition and take colossal cuts on sales made through their app stores. 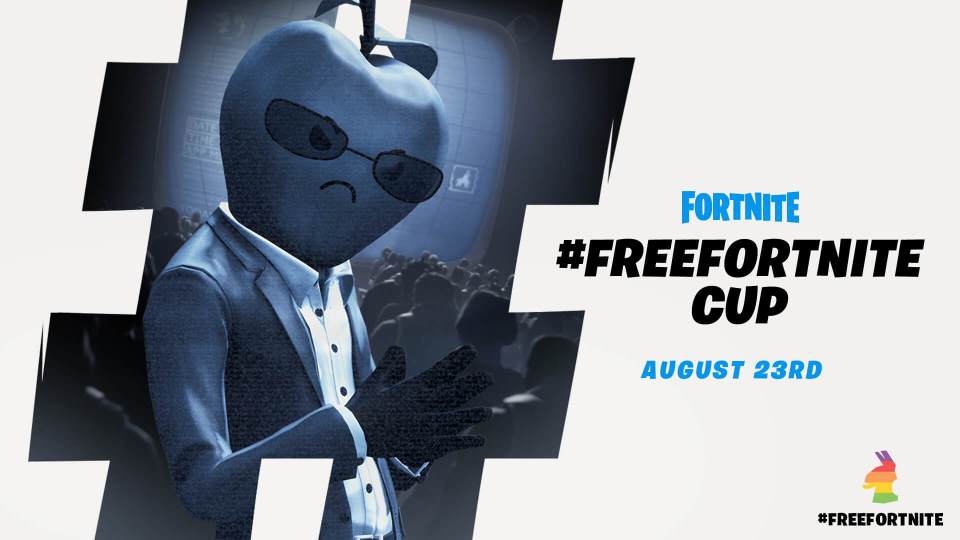