The mega-update is already available in the US, but is now rolling out across the UK too.

It was announced earlier this year, marking the biggest change to Apple Maps in years.

The update arrives this evening in the UK and Ireland, with a rollout in Europe in the coming months.

Among the new features added by Apple is Look Around, which shows you street-level photos to help you find your way around major cities.

And now they can also check out a Street View-style version of London, Edinburgh and Dublin.

Apple says the Look Around feature is really immersive, with smooth movement down roads.

Earlier this year, Apple began sending out backpack-wearing mappers on the streets of London.

Men and women donning the backpacks will go where Apple Maps cars are unable to drive – like London’s Covent Garden market.

It means Apple Maps will get better pedestrian data to help you navigate on foot.

Apple has also introduced Collections in the new Maps, which let you compile and share lists of your favourite haunts.

And Maps now works at more than just street level, too: You now get indoor navigation for big buildings like airports.

You’ll even be able to check out the elevation on your route, giving you a better idea of what to expect.

Apple Maps has teamed up with various content partners to offer local guides for points of interest or great restaurants.

And you can now get real-time transit info and flight status reports.

The new Apple Maps is the biggest update in years[/caption]

You can share your ETA with friends, even by using a simple voice command with Siri.

Apple Maps came out back in 2012, but got off to a rocky start due to widespread errors.

But it’s been quickly catching up to Google Maps – estimated to be the world’s most popular navigation app.

In other news, the latest iOS 14 lets iPhone owners put widgets on their Home Screens.

We reveal some of the easiest iOS 14 bug fixes.

And the new Apple Watch Series 6 features a ‘blood oxygen scanner’ that could save your life. 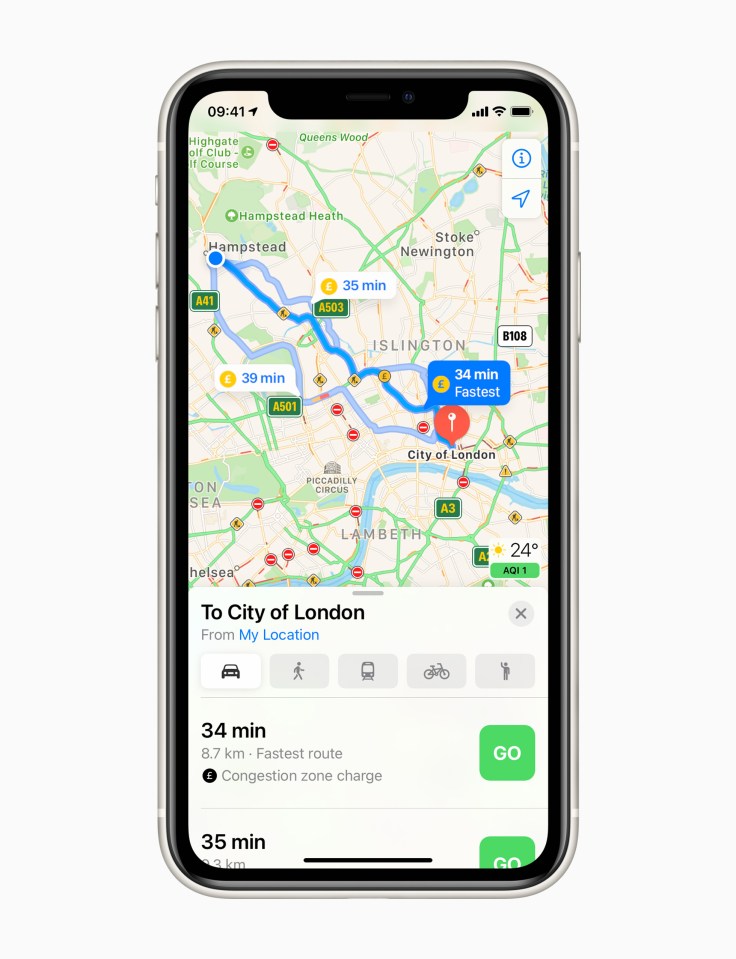