WANT to crush the competition in Call of Duty Warzone? Arm yourself with these genius tips.

Top streamer Harry Mullinder – better known as TheBeanBoltShow on Facebook Gaming – has shared his advice on how to earn victory in Verdansk.

These exclusive tips shared with The Sun are tailored for the latest Call of Duty Cold War Season 3.

That means you’ll be able to take advantage of new locations in the redesigned map – and earn a swift victory.

If you’re still catching up, check out our guide to Warzone Season 3.

Or read on below to get Harry’s top Warzone tips for the new season.

Struggling to learn the new map?

“Drop into Plunder instead of Battle Royale… Plunder gives you the freedom of the map, with unlimited lives!,” Harry told us.

“Start landing at the new POIs (Points of interest), whether that’s Summit, Factory or Array.

“Plunder is a great way to learn spots, check out buildings and level up your guns in the process.”

“Even though some of the buildings in the new map may look the same from the outside, the inside interiors and layouts have completely changed,” the streamer explained.

“If you learn the new layout of these buildings you’ll definitely have an advantage on your side across multiple locations on the map.

“You can easily learn the new layouts in Plunder (stated in the above) without the hassle of wondering whether you’ll be able to make it there!”

“With the new Summit POI added, you can now take out the Air Traffic Control Tower campers even easier,” Harry told The Sun.

“Players can long jump and parachute sideways from the communications tower at Summit (at the very North side of the map).

“And end up inside the Air Traffic Control Tower to take down the team that have claymored the zip line!”

Go Ghost off the get go!

“The new season has blessed players with a few crazy guns that are very viable replacements to your usual secondary choice, including FFARs, Mac10s & Streetsweepers,” Harry said.

“This means you can grab your Ghost class from the first loadout and take advantage of not showing up on heartbeat sensors or UAVs.

“So you can take out the enemies easier.”

Hot-drop and get into the action!

“With this being a new location, everyone is keen to drop there and explore it.

“If you can grab a gun when you land, you’ll be able to clean up a squad or two who weren’t as fortunate on loot!

“When hot dropping, stick together with team mates and make sure your communication is on point.

“It will be a hectic start, but when it works it’s definitely worth it.” 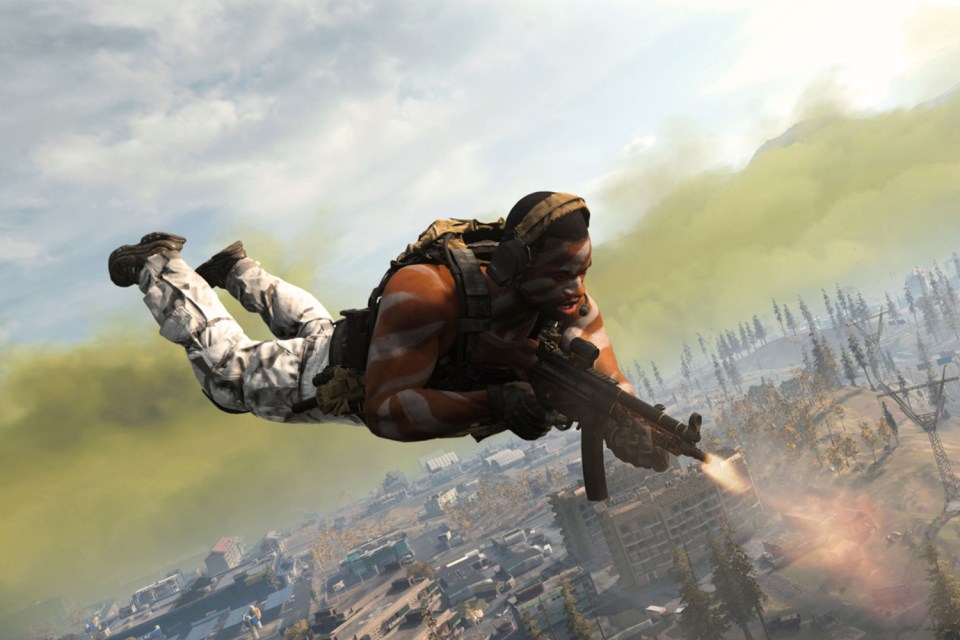