Close
Trending News
HomeTechHow to delete and unsend WhatsApp messages – and why can’t I ‘delete for everyone’?

How to delete and unsend WhatsApp messages – and why can’t I ‘delete for everyone’?

How to delete and unsend WhatsApp messages – and why can’t I ‘delete for everyone’?

IF you ever find yourself regretting a message you’ve sent on WhatsApp, the messaging app has a handy feature to save your bacon.

You can actually delete a sent messages for a limited time, even if it’s a group chat – allowing you to unsend a text that may get you in trouble.

“Deleting messages for everyone allows you to delete specific messages you’ve sent to an individual or group chat,” WhatsApp said.

“This is particularly useful if you sent a message to the wrong chat or if the message you sent contains a mistake.”

How to delete WhatsApp messages

To delete or “unsend” a WhatsApp message on mobile, simply head to the chat window, hold down on the text you wish to remove and tap “delete”.

The message will no longer appear in the chat, replaced by an alert that reads: “This message was deleted”.

On mobile, hold down on a WhatsApp message to delete it[/caption]

The process is permanent, meaning you can’t retrieve a text after deleting it.

It’s also worth noting that the message is only deleted if the recipient hasn’t read it.

If they have, deleting the message only wipes it from your chat screen, while it remains on your recipient’s.

You can also delete messages via WhatsApp’s web client.

Hover over a message and hit the down arrow that appears to the right of the text. Click “delete” to wipe it from existence.

How to ‘delete for everyone’ on WhatsApp

Deleted messages are replaced with this alert[/caption]

In a group chat with more than two people, you can choose to delete a message for every member of the chat.

On mobile, simply hold down on the text you wish to delete and tap “delete for everyone”.

On your PC, hover over a message and hit the down arrow that appears to the right of the text. Click “delete for everyone”.

The option is only available for an hour after you send the message, so you’ll have to be quick.

Keep in mind that recipients might see your message before it’s deleted or if deletion wasn’t successful.

You won’t be notified if deleting for everyone wasn’t successful.

In other news, we reveal the new WhatsApp features that could come out in 2020

You can sign up to the beta version of WhatsApp to get all of the latest features before the general public.

Find out how to read deleted WhatsApp messages on your phone.

And, this secret trick lets you change your WhatsApp font to confuse your mates. 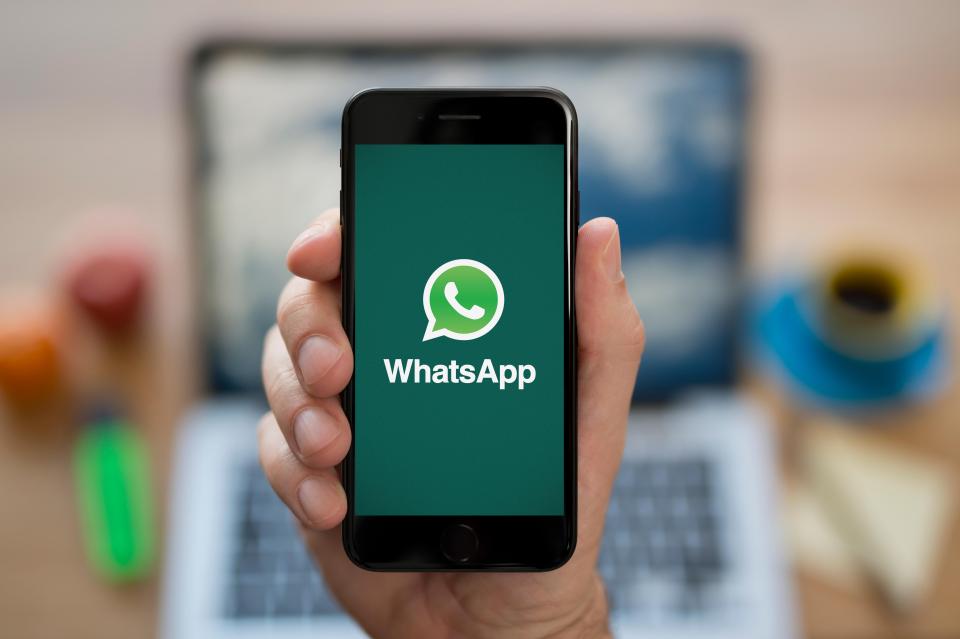